Imagine soldiers who couldn’t be traumatized; who could engage in the worst imaginable brutality and not only remember nothing, but remember something else, completely benign. That might just sound like dystopian science fiction, but ongoing research is laying the foundations to turn this into reality.

Alison Winter, author of Memory: Fragments of a Modern History, from which the following is adapted, writes: 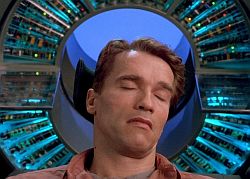 The first speculative steps are now being taken in an attempt to develop techniques of what is being called “therapeutic forgetting.” Military veterans suffering from PTSD are currently serving as subjects in research projects on using propranolol to mitigate the effects of wartime trauma. Some veterans’ advocates criticize the project because they see it as a “metaphor” for how the “administration, Defense Department, and Veterans Affairs officials, not to mention many Americans, are approaching the problem of war trauma during the Iraq experience.”

The argument is that terrible combat experiences are “part of a soldier’s life” and are “embedded in our national psyche, too,” and that these treatments reflect an illegitimate wish to forget the pain suffered by war veterans. Tara McKelvey, who researched veterans’ attitudes to the research project, quoted one veteran as disapproving of the project on the grounds that “problems have to be dealt with.” This comment came from a veteran who spends time “helping other veterans deal with their ghosts, and he gives talks to high school and college students about war.” McKelvey’s informant felt that the definition of who he was “comes from remembering the pain and dealing with it — not from trying to forget it.” The assumption here is that treating the pain of war pharmacologically is equivalent to minimizing, discounting, disrespecting and ultimately setting aside altogether the sacrifices made by veterans, and by society itself. People who objected to the possibility of altering emotional memories with drugs were concerned that this amounted to avoiding one’s true problems instead of “dealing” with them. An artificial record of the individual past would by the same token contribute to a skewed collective memory of the costs of war.

In addition to the work with veterans, there have been pilot studies with civilians in emergency rooms. In 2002, psychiatrist Roger Pitman of Harvard took a group of 31 volunteers from the emergency rooms at Massachusetts General Hospital, all people who had suffered some traumatic event, and for 10 days treated some with a placebo and the rest with propranolol [a beta blocker]. Those who received propranolol later had no stressful physical response to reminders of the original trauma, while almost half of the others did. Should those E.R. patients have been worried about the possible legal implications of taking the drug? Could one claim to be as good a witness once one’s memory had been altered by propranolol? And in a civil suit, could the defense argue that less harm had been done, since the plaintiff had avoided much of the emotional damage that an undrugged victim would have suffered? Attorneys did indeed ask about the implications for witness testimony, damages, and more generally, a devaluation of harm to victims of crime. One legal scholar framed this as a choice between protecting memory “authenticity” (a category he used with some skepticism) and “freedom of memory.” Protecting “authenticity” could not be done without sacrificing our freedom to control our own minds, including our acts of recall.

The anxiety provoked by the idea of “memory dampening” is so intriguing that even the President’s Council on Bioethics, convened by President George W. Bush in his first term, thought the issue important enough to reflect on it alongside discussions of cloning and stem-cell research. Editing memories could “disconnect people from reality or their true selves,” the council warned. While it did not give a definition of “selfhood,” it did give examples of how such techniques could warp us by “falsifying our perception and understanding of the world.” The potential technique “risks making shameful acts seem less shameful, or terrible acts less terrible, than they really are.”

Brain Implant Enables Memories to be Recorded and Played Back

Neural prosthetics had a big year in 2011, and no development in this area was bigger than an implant designed to record and replay memories.

Researchers had a group of rats with the implant perform a simply memory task: get a drink of water by hitting one lever in a cage, then—after a distraction—hitting another. They had to remember which lever they’d already pushed to know which one to push the second time. As the rats did this memory task, electrodes in the implants recorded signals between two areas of their brains involved in storing new information in long-term memory.

The bottom line: This is ground-level research demonstrating that neural signals involved in memory can be recorded and replayed. Progress from rats to humans will take many years, but even knowing that it’s plausible is remarkable.