Christopher Dickey writes: A couple of years ago, a billboard appeared outside Columbia, S.C., looming above Interstate 26. Beady eyes stared out from a black balaclava emblazoned with an inscription from the Quran—clearly the eyes were meant to be those of a terrorist—and next to them were these words: “ISLAM RISING … BE WARNED.” 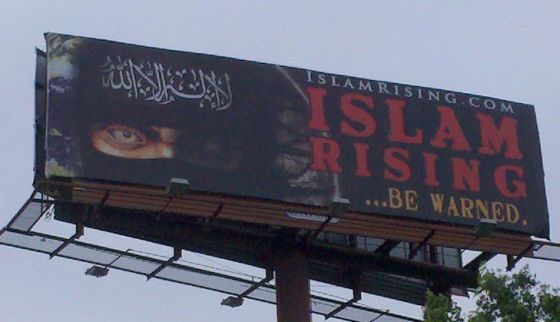 Erected by the Virginia-based Christian Action Network, the sign advertised the group’s documentary about a charismatic Dutch politician with dyed-blond hair, a mysterious past, and a platform of paranoid hate. South Carolina seemed to offer a ready audience for Geert Wilders’s dire warnings against the Muslim religion. Today, with the Republican road show encamped in the state for the Jan. 21 presidential primary, the 48-year-old Dutchman is more than ever a man who needs to be watched and listened to carefully. At home in the Netherlands, his explosive theme of unrelenting hostility to Islam has built his xenophobic Party for Freedom, founded in 2005, into the country’s third-largest political party; across the Atlantic his message packs serious resonance in an American heartland still shaken by the 9/11 attacks. Wilders’s name and message have been invoked repeatedly in South Carolina and at least a dozen other state legislatures as they debate measures to ban an imagined threat: Islamic law. 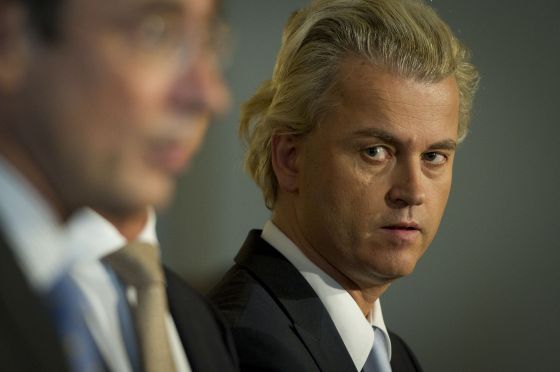 So does he worry about the violence his rants could inspire? Wilders is a master at capitalizing on real fears and conjuring false ones—and then dodging responsibility if people’s lives are ruined or lost. “I am responsible for my own actions and for nobody else’s actions,” he says. In a wide-ranging interview at the offices of the Dutch Parliament in The Hague, Wilders complained to Newsweek that the “naive” Obama administration wasn’t doing nearly enough to combat what Wilders regards as the Islamic threat. Expanding on his claims that the Quran should be banned, just as Mein Kampf has been in some countries, he said the United States should be “getting rid of Islamic symbols—no more mosques—and closing down Islamic schools.”

There’s no such thing as moderate Islam, Wilders insists, and he’s tired of hearing that radical Islam is something different from the mainstream faith. It means nothing to him that among Muslim believers there are many different sects and currents. “He makes no distinctions whatsoever,” says Robert Leiken, author of the just-published study Europe’s Angry Muslims. “He wants to throw out the whole Quran because of some things that are objectionable—but you could say the same thing about the Book of Joshua.” Wilders refuses to concede the point. In his view, those who follow the Quran are deluded or worse. “Totalitarian fascist ideology,” he calls it. “I have nothing against the people,” he says. “I have something against Islam.”

3 thoughts on “Geert Wilders has something against Islam”