The Sunday Times has a report whose details the paper cannot verify, claiming that a team of Israeli agents conducted last week’s attack in which an Iranian nuclear scientist, Mustafa Ahmadi Roshan, was blown up by a car bomb in Tehran. The report seems to have several functions: 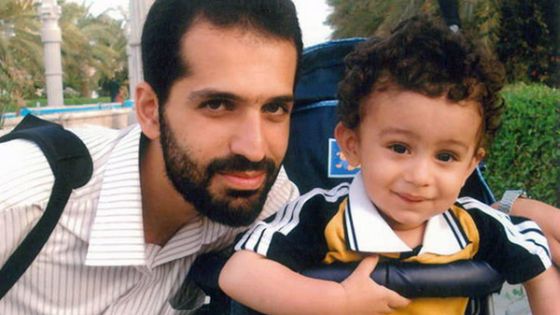 Mostafa Ahmadi Roshan with his son. Roshan is the fifth Iranian nuclear scientist whose murder is being linked to Israel.

As Roshan, 32, prepared to leave home [last Wednesday], he was monitored from a makeshift control room in a safe house nearby. Israeli agents were also watching the entrance to Iranian intelligence headquarters in the city centre. Suddenly they noticed a number of cars and people running; then they saw police rushing into the nearby streets. Another agent monitoring radio traffic between the Tehran police and security forces confirmed unusual activity. Had the operation been exposed?

In 1997 two agents of Caesarea, Mossad’s top hit squad, had bungled an attempt to kill a Palestinian leader in Jordan and were arrested before they could flee, triggering a diplomatic crisis. Jordan is relatively friendly to Israel. Iran is its bitterest enemy. There was no point in hesitation. If the agents had been rumbled, they would never escape anyway. The mission commander decided to go ahead.

Just before 8am on Wednesday, Reza Qashqai, Roshan’s bodyguard and driver, arrived. Qashqai knew the risks. He checked under the silver Peugeot 405, a state-issue car, and looked beneath the bonnet before slipping into the driver’s seat to wait for the scientist.

The house was in the Cheezar neighbourhood of northern Tehran, a village overtaken by the sprawl of the capital but still home to quiet traditional families who support the regime.

Roshan got into the car, ready for a long day as deputy head of the Natanz uranium enrichment site.
[…]
As the clock ticked towards 8am, an Israeli spotter reported via a secure text that Roshan was being driven from his home. Qashqai was at the wheel, a crucial detail because the bodyguard would be slower to respond if he was driving.

The assassins’ commander took the final decision. “Go,” he told agents who were standing by with a motorcycle in a hidden garage. They left immediately, weaving through the gridlocked streets of rush-hour Tehran.

In the five attacks on nuclear scientists, the hit squad has used a motorbike every time. The motorcyclist is ubiquitous in the capital’s traffic jams, often wearing a surgical mask for protection against the heavy pollution and able to move close to the target between the lines of stationary cars without attracting attention.

They speeded up to reach Gol Nabi Street, which Roshan always passed on his way to work.

At 8.20am they spotted the Peugeot. The masked figure on the pillion seat made a quick check that Roshan was the passenger, then attached a magnetic bomb to the car. The motorbike sped away. The plastic explosive had been shaped to deliver its full force at the passenger. Nine seconds later it exploded. The scientist was killed instantly. Qashqai, badly injured, died in hospital.

2 thoughts on “Israelis in Tehran?”