Did Benjamin Netanyahu return from his recent trip to Washington with some unsatisfied bloodlust? 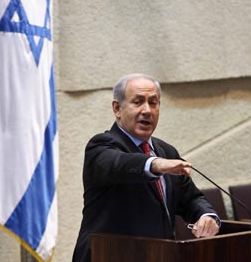 It seems increasingly unlikely that Israel will go it alone and attack Iran’s nuclear facilities without American support. In the Knesset today, Netanyahu said: “Over time we will discover that our relationship with the United States is becoming stronger and closer.”

That’s the kind of statement one might expect from a prime minister who’s reconciling himself to the idea that the current U.S. president will probably be around for a lot longer than the Israeli leader had initially hoped.

As much as he might trumpet Obama’s recognition that Israel has the right to defend itself, Netanyahu’s emphasis on Israel’s autonomy looks more than anything else like a way of justifying his deference to American demands to give sanctions and diplomacy a chance.

But if under pressure from the U.S. and from his own military and intelligence advisers the Israeli prime minister has been forced back down somewhat from his aggressive posture towards Iran, no doubt he wants to do it in a way through which he can avoid losing face.

If Netanyahu can’t order bombs to be dropped on Iran, then maybe he can satisfy his need to look strong by slaughtering Palestinians instead.

Here’s how he now justifies that latest (and next?) round of blood-spilling:

“Make no mistake,” he stated, “Gaza is Iran. The missiles are Iran, the money is Iran, the infrastructure is Iran and in many cases the instruction are form Iran. Gaza is a front post for Iran.

“Iran has been allowed into Gaza – and will take it out of Gaza,” he continued. Netanyahu’s speech was interrupted several times by Arab MKs, who were called to order by Knesset Speaker Reuven Rivlin.

“Our enemies must know that Israel will not tolerate an Iranian terror base in Gaza Strip and sooner or later it will be ripped out.”

And what will this “ripping” entail? Cast Lead Two?

The fact that Hamas has very publicly parted ways with Iran is apparently of no consequence to those in Israel who have a religious devotion to symbols of hatred. That Hamas even went so far as to say that it would not involve itself in a war between Israel and Iran, supposedly means nothing.

The constituency that Netanyahu is reaching out to is presumably the same one that responds well to images like this: 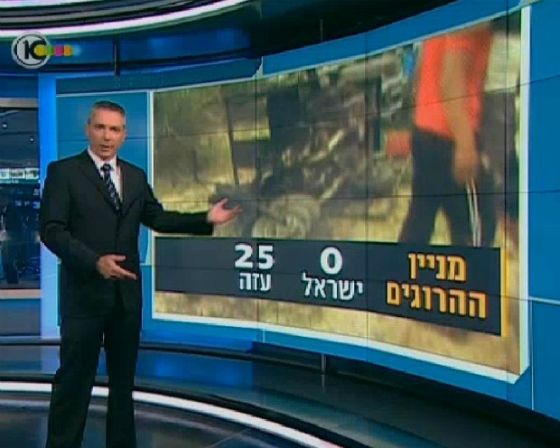 2 thoughts on “If Netanyahu doesn’t strike Iran, will he launch another war on Gaza instead?”