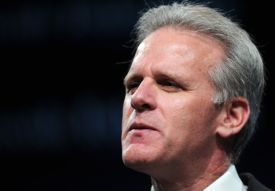 Noam Sheizaf writes: When Prime Minister Binyamin Netanyahu appointed Professor Michael Oren – a historian and researcher at the conservative Shalem institute, author of a popular book on the 1967 war – as his ambassador to Washington, he was probably hoping to capitalize on the latter’s name-recognition and credibility, especially with the political establishment and the Jewish elites. And indeed, as criticism of the occupation and of various Knesset legislative initiatives intensified, Prof. Oren has published numerous articles in leading publications, defending his government policies. In doing so, he has enjoyed the credibility of the scholar, while doing pure political advocacy work.

Ambassador Oren’s latest’s piece, titled “Israel’s Resilient Democracy,” is a good example of this fact. I decided to review some of the main problems with this text, due to the considerable attention it received, as well as the credibility people give to Professor Oren’s work.

Prof. Oren opens by citing some of the criticism over his government and its policies, before declaring his intention in writing this piece in an academic-like tone:

…are the allegations justified? Is Israeli democracy truly in jeopardy? Are basic liberties and gender equality — the cornerstones of an open society — imperiled? Will Israel retain its character as both a Jewish and a democratic state — a redoubt of stability in the Middle East and of shared values with the United States?

These questions will be examined in depth, citing comparative, historical, and contemporary examples. The answers will show that, in the face of innumerable obstacles, Israeli democracy remains remarkable, resilient, and stable.

So let’s go in depth.

One of Ambassador Oren’s major points is that democratic principles were upheld in Israel and minority rights were respected even in times of war. He writes:

Israeli democracy is distinguished not only by its receptiveness to public opinion but, perhaps most singularly, by its ability to thrive during conflict. Whether by suspending habeas corpus or imprisoning a suspected ethnic community, as the United States did in its Civil War and World War II, embattled democracies frequently take measures that depart from peacetime norms.

What Michael Oren doesn’t say is that Israel didn’t have to change its laws in wartime because it adopted upon inception – and still retains – the British Mandate’s emergency regulations, which allow the state to shut down newspapers, detain people in secrecy and/or without trial and much more at any given moment. The state of emergency was never lifted.

Furthermore, in the last 45 years (amounting to two-thirds of the country’s history), the Palestinian population in the occupied territories has been under military law, which grants the state even more power.

Israeli legal scholars I consulted on this matter tended to agree that habeas corpus, mentioned above, does exist under military occupation (due to the Supreme Court’s extended jurisdiction), but they also said that in the military court system, this fact is all but meaningless. Over the years, Israel has held between hundreds and thousands Palestinians under administrative detention at any moment (the current number is roughly 300), without trial. Detainees under administrative detention are brought before a military judge – an officer in uniform – only after seven days; the evidence against them is confidential and the hearing takes place behind closed doors. They are not tried, so they have no real way to defend themselves. At times, Israel also held Palestinians as “enemy combatants,” with even fewer rights. There is one person held with this status even now.

Even when Palestinians are brought to trial, the burden of proof resting on the prosecution in Israel’s military courts is extremely low, and the result is an astonishing 99.7 conviction rate. (It should be noted that the conviction rate in the Israeli criminal system is also in the high 90s; that’s not an excuse, but rather a different problem.) Again, these are not temporary measures, but the permanent system under which all Palestinians – including hundreds of minors – are tried. Their Jewish neighbors living in the settlements are tried in Israeli courts, where they enjoy full rights as citizens.

Professor Oren knows all this. He also knows, but somehow fails to mention, that upon its creation in 1948, Israel placed all of its Palestinian citizens under military rule, which was lifted only in December 1966. The six-month period that lasted from that date to the Six Day War comprises the only time in Israel’s history when a majority of the Arab population under its control was not subject to military rule.

“The litmus test for any democracy is its ability to protect the rights of its minorities,” writes Oren. But does subjecting millions of people – the largest minority under the state’s control – to the arbitrary and often abusive control of the army, and be that “the most moral army in the world,” constitute a success in this test? [Continue reading…]