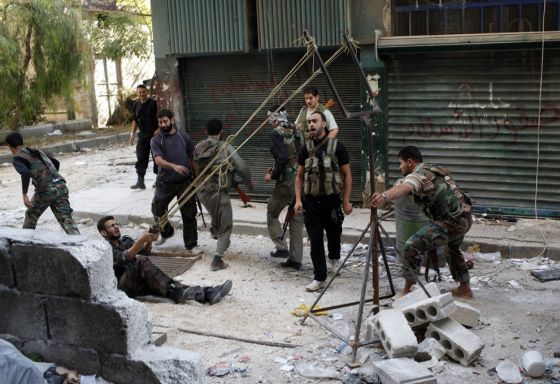 Members of the Free Syrian Army use a catapult to launch a homemade bomb during clashes with pro-government soldiers in the city of Aleppo, on October 15, 2012 - Reuters