Reuters reports: India will step up training of the Afghan police and military after a request on Monday by President Hamid Karzai, who also urged Indian businesses to invest in his battle-weary nation as it gears up for the departure of NATO troops.

The extra help is likely to be welcomed by the United States, which sees India as a stabilizing power in South Asia. But it may unnerve Pakistan, which frets about losing influence in neighboring Afghanistan.

“We do want to expand that as required and wished by Afghanistan. We will respond,” said India’s Foreign Minister Salman Khurshid when asked about the security program following a lecture given by the Afghan president in New Delhi.

In June, U.S. Secretary of Defense Leon Panetta called on India to do more to support both the Afghan economy and security forces as Western nations prepare to end their combat missions there in 2014.

Al Jazeera reports: The European Union has announced that it is suspending $25million in aid for Afghanistan, warning that aid will be increasingly conditional on the government sticking to agreed reforms.

Payment of the $25 million aimed at reforming the justice system was deferred because of a lack of progress on the issue, EU ambassador Vygaudas Usackas said on Monday.

Usackas was speaking at the signing of a $76 million financing agreement on “efficient and effective governance” and “justice for all” with Afghan Finance Minister Omar Zakhiwal.

“If the European Union is deeply committed in supporting Afghanistan, it needs to stress that in the spirit of the Tokyo agreement, support will be increasingly conditional of the delivery of the Afghan government on the agreed reform agenda,” Usackas said. 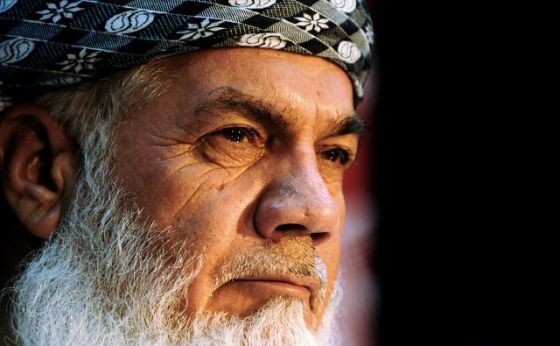 Meanwhile, the New York Times reports: One of the most powerful mujahedeen commanders in Afghanistan, Ismail Khan, is calling on his followers to reorganize and defend the country against the Taliban as Western militaries withdraw, in a public demonstration of faltering confidence in the national government and the Western-built Afghan National Army.

Mr. Khan is one of the strongest of a group of warlords who defined the country’s recent history in battling the Soviets, the Taliban and one another, and who then were brought into President Hamid Karzai’s cabinet as a symbol of unity. Now, in announcing that he is remobilizing his forces, Mr. Khan has rankled Afghan officials and stoked fears that other regional and factional leaders will follow suit and rearm, weakening support for the government and increasing the likelihood of civil war.

This month, Mr. Khan rallied thousands of his supporters in the desert outside Herat, the cultured western provincial capital and the center of his power base, urging them to coordinate and reactivate their networks. And he has begun enlisting new recruits and organizing district command structures.

“We are responsible for maintaining security in our country and not letting Afghanistan be destroyed again,” Mr. Khan, the minister of energy and water, said at a news conference over the weekend at his office in Kabul. But after facing criticism, he took care not to frame his action as defying the government: “There are parts of the country where the government forces cannot operate, and in such areas the locals should step forward, take arms and defend the country.”

President Karzai and his aides, however, were not greeting it as an altruistic gesture. The governor of Herat Province called Mr. Khan’s reorganization an illegal challenge to the national security forces. And Mr. Karzai’s spokesman, Aimal Faizi, tersely criticized Mr. Khan.

“The remarks by Ismail Khan do not reflect the policies of the Afghan government,” Mr. Faizi said. “The government of Afghanistan and the Afghan people do not want any irresponsible armed grouping outside the legitimate security forces structures.”

In Kabul, Mr. Khan’s provocative actions have played out in the news media and brought a fierce reaction from some members of Parliament, who said the warlords were preparing to take advantage of the American troop withdrawal set for 2014.

“People like Ismail Khan smell blood,” Belqis Roshan, a senator from Farah Province, said in an interview. “They think that as soon as foreign forces leave Afghanistan, once again they will get the chance to start a civil war, and achieve their ominous goals of getting rich and terminating their local rivals.”

Indeed, Mr. Khan’s is not the only voice calling for a renewed alliance of the mujahedeen against the Taliban, and some of the others are just as familiar. [Continue reading…]