What quickly became known as the Petraeus Affair has now escalated dramatically in its scope. The FBI investigation that was instigated by a cyber-stalking complaint made by Jill Kelley, a volunteer social liaison to MacDill Air Force Base in Tampa Bay, Florida, has now revealed that Kelley and the top U.S. commander in Afghanistan, General John Allen, exchanged between 20,000 and 30,000 messages from 2010 to 2012. That would be an average of something like 30 messages a day!

Reuters reports: Defense Secretary Leon Panetta told reporters flying with him to Australia that he had asked that Allen’s nomination to be Commander of U.S. European Command and Supreme Allied Commander Europe be delayed “and the president has agreed.”

President Barack Obama has put the nomination on hold, the White House said on Tuesday.

Allen, who is now in Washington, was due to face a Senate confirmation hearing on Thursday, as was his successor in Afghanistan, General Joseph Dunford.

The U.S. defense official said that Allen denied wrongdoing and that Panetta had opted to keep him in his job while the matter was under review – and until Dunford can be confirmed to replace him, a process that gains urgency given the cloud the scandal could cast over the mission in Afghanistan. 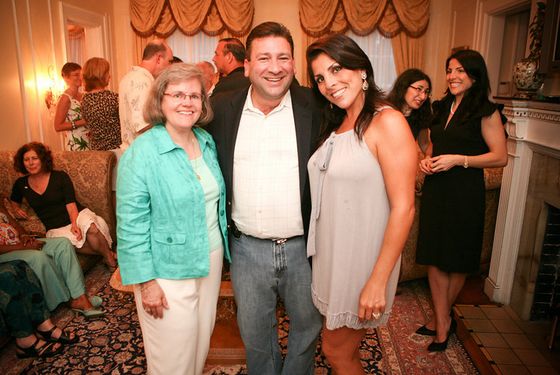 A rightwing blog, The Conservative Tree House, provides a useful summary of the story so far. A new question likely to emerge in Congressional hearings on the Benghazi attack, is whether the CIA is now circumventing Executive Order 13491 — which prohibits the CIA from operating detention facilities — by outsourcing such operations to contractors.

“More like, ‘Who do you think you are? … You parade around the base … You need to take it down a notch,’” according to the source, who was until recently at the highest levels of the intelligence community and prefers not to be identified by name.

Kelley then reaches out to a family friend who is by profession in the FBI. She asks if these unsourced e-mails reach the level of cyber-stalking.

The FBI “friend” takes her to a field office where he puts her in contact with the “cyber-crimes” division/agents. There they essentially come to the conclusion that the statute on cyber-stalking does actually seem to apply, so they open a preliminary case.

During the research of her communication it becomes apparent that she is in contact with CIA Director General David Petraeus on some personal level.

While this is occuring, the original FBI friend (unknown) of Kelley is asking the Cyber division people on the case for updates. They provide him some information based on professional courtesy. He in turn then relays this information to Jill Kelley herself, who then begins to inform her friend, General Petraeus, of the source. Essentially telling Petraeus “heads up” this woman you know has been identified as the origin of threatening e-mails to me. (*Note* whether Kelley knew of the affair aspect at this time is unknown).

Simultaneously, the FBI friend of Kelley sends a personal, perhaps flirtatious, picture to Kelley that the FBI becomes aware of (they are monitoring Kelley’s communication). The FBI, is not comfortable with the “non-professional” relationship between the FBI friend and Kelley, and they inform him he is ‘cut out’ of the story. (The FBI probably know that Kelley is also back-channelling information from this guy to her friend Gen Petraeus – any investigator would not like this loss of control). [Continue reading…]

1 thought on “Is it the Petraeus or the Kelley Affair?”