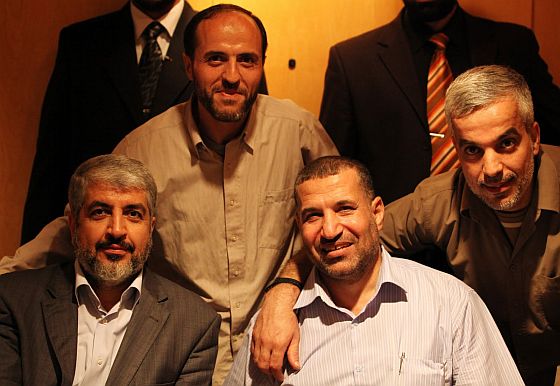 The Guardian reports: Ahmed al-Jaabari, the operational commander of the Izz ad-Din al-Qassam Brigades, Hamas’s military wing, kept largely out of the limelight.

Blamed by Israel for being the captor-in-chief of the kidnapped Israeli soldier Gilad Shalit in 2006, he confirmed that role by escorting Shalit to the handover when he was finally released last year.

Jaabari was also heavily involved in the negotiations between Israel and Hamas for the soldier’s release, hosted by Egypt.

Jaabari, 52, was killed on Wednesday along with an unnamed associate when their car was blown apart by an Israeli missile. Palestinians said nine people were killed, including a seven-year-old girl.

Video from Gaza showed the charred and mangled wreckage of a car belching flames, as emergency crews picked up what appeared to be body parts.

Born in the Shujiya area of Gaza City in 1960, Jaabari came from a noted activist family and studied history at Gaza’s Islamic University.

Originally a member of Yasser Arafat’s Fatah, he was imprisoned in 1982 where he first encountered some of the founding figures of Hamas, including Abdel Aziz al-Rantissi, who would also be killed in an Israeli attack. [Continue reading…]

1 thought on “Ahmed al-Jaabari: the Hamas ‘general’ who kept out of the limelight”