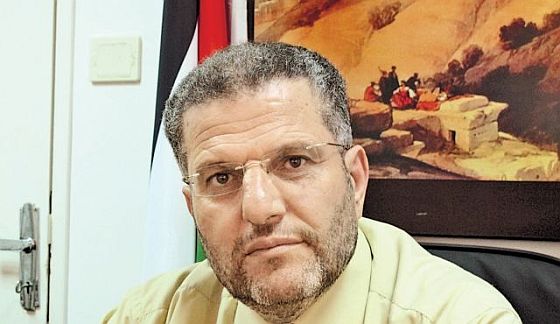 Amira Hass spoke to Dr. Mahmoud Ramhi, a Hamas member of the Palestinian Legislative Council and one of the most prominent Hamas representatives in the West Bank.

Ramhi, an anesthesiologist, was released four months ago from administrative detention after being in custody for two years. He has been arrested and tried several times for belonging to Hamas, and has been in Israeli jails for a total of eight years.

“When Israel assassinated Ahmed Jabari [the Hamas military chief killed Wednesday], it knew that he was involved in negotiations with the Egyptians over a tahadiyeh [lull],” said Ramhi. “Of course it was a loss for Hamas, but ultimately, it was a slap in the face to Egypt.”

“I find that the Israeli leadership behaves foolishly,” he said. “It sees only as far as its election. It looks at the future of the election, but doesn’t look at the future of Israel? Israel has lost all its allies in the region.”

For instance, Israel “lost Turkey as a strategic ally with its own hands, in an attack on a civilian ship,” said Ramhi, referring to the 2010 Israeli naval raid of the Mavi Marmara. “Now it’s losing Egypt. And not because [Egyptian President Mohammed] Morsi, of the Muslim Brotherhood, is in power. In Jordan the protesters are already calling, not for a decrease in gas prices, but for the downfall of the king. Israel has lost its ties with the [Palestinian] Authority, and is now losing its deterrent power, with 4 million Israelis in the line of fire. One can rightly ask how they are to blame, but by the same token we must ask how the 1.5 million Palestinians in Gaza are to blame.”

Ramhi said Israel must recognize that the recent changes in the Arab world are benefiting the Muslim Brotherhood, of which Hamas is part.

“The United States,” said Ramhi, “is smarter than Israel. It is acting in line with its interests. It started moving a bit closer to the Muslim Brotherhood, not just on the Egyptian track, but also [closer] to us, here.”

The U.S. has given a green light to Palestinian Prime Minister Salam Fayyad to bring Hamas members into the Palestinian government in the West Bank, as long as the establishment of a unity government is delayed. This means that Hamas in the West Bank is recognized as a political Islamic movement, said Ramhi. He said the proposal is still being discussed, although Hamas officials have already said, at the meeing some three weeks ago, that they want at least a year in which Hamas supporters get their political rights back: detainees are released, Hamas members fired from their jobs for political reasons get their positions back, and political activity is allowed.

Israel must begin a dialogue with political Islam if it wants to survive, said Ramhi.

“If Israel wants to continue to exist in the region, it must open a channel of political dialogue with political Islam in the area, including Hamas,” he said. “The Israelis need a leadership that knows how to negotiate with others. That can deal with others, not with arrogance or a feeling of supremacy.”