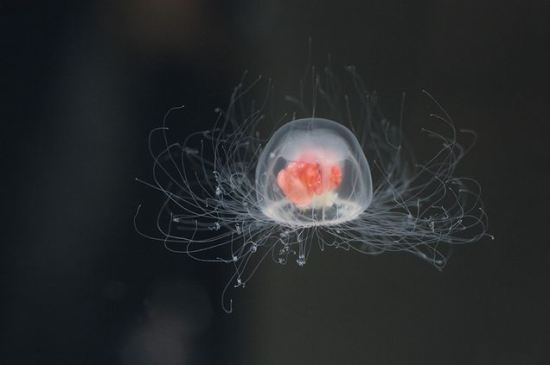 Immortality has always struck me as a terrible idea — the most extreme expression of self-infatuation. Out with the old and in with the new seems like a universal law and a good one. It turns out, however, that that’s not always the case.

Nathaniel Rich writes: After more than 4,000 years — almost since the dawn of recorded time, when Utnapishtim told Gilgamesh that the secret to immortality lay in a coral found on the ocean floor — man finally discovered eternal life in 1988. He found it, in fact, on the ocean floor. The discovery was made unwittingly by Christian Sommer, a German marine-biology student in his early 20s. He was spending the summer in Rapallo, a small city on the Italian Riviera, where exactly one century earlier Friedrich Nietzsche conceived “Thus Spoke Zarathustra”: “Everything goes, everything comes back; eternally rolls the wheel of being. Everything dies, everything blossoms again. . . .”

Sommer was conducting research on hydrozoans, small invertebrates that, depending on their stage in the life cycle, resemble either a jellyfish or a soft coral. Every morning, Sommer went snorkeling in the turquoise water off the cliffs of Portofino. He scanned the ocean floor for hydrozoans, gathering them with plankton nets. Among the hundreds of organisms he collected was a tiny, relatively obscure species known to biologists as Turritopsis dohrnii. Today it is more commonly known as the immortal jellyfish.

Sommer kept his hydrozoans in petri dishes and observed their reproduction habits. After several days he noticed that his Turritopsis dohrnii was behaving in a very peculiar manner, for which he could hypothesize no earthly explanation. Plainly speaking, it refused to die. It appeared to age in reverse, growing younger and younger until it reached its earliest stage of development, at which point it began its life cycle anew.

Sommer was baffled by this development but didn’t immediately grasp its significance. (It was nearly a decade before the word “immortal” was first used to describe the species.) But several biologists in Genoa, fascinated by Sommer’s finding, continued to study the species, and in 1996 they published a paper called “Reversing the Life Cycle.” The scientists described how the species — at any stage of its development — could transform itself back to a polyp, the organism’s earliest stage of life, “thus escaping death and achieving potential immortality.” This finding appeared to debunk the most fundamental law of the natural world — you are born, and then you die.

One of the paper’s authors, Ferdinando Boero, likened the Turritopsis to a butterfly that, instead of dying, turns back into a caterpillar. Another metaphor is a chicken that transforms into an egg, which gives birth to another chicken. The anthropomorphic analogy is that of an old man who grows younger and younger until he is again a fetus. For this reason Turritopsis dohrnii is often referred to as the Benjamin Button jellyfish.

Yet the publication of “Reversing the Life Cycle” barely registered outside the academic world. You might expect that, having learned of the existence of immortal life, man would dedicate colossal resources to learning how the immortal jellyfish performs its trick. You might expect that biotech multinationals would vie to copyright its genome; that a vast coalition of research scientists would seek to determine the mechanisms by which its cells aged in reverse; that pharmaceutical firms would try to appropriate its lessons for the purposes of human medicine; that governments would broker international accords to govern the future use of rejuvenating technology. But none of this happened. [Continue reading…]