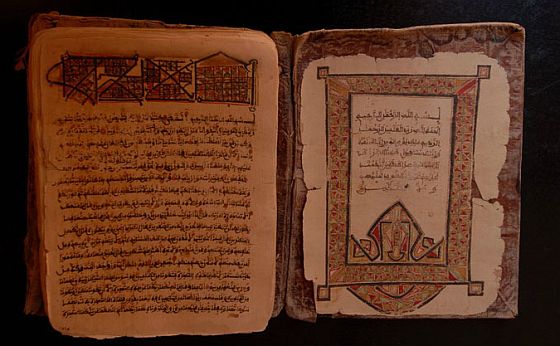 In interviews with TIME on Monday, the preservationists [of Timbuktu’s centuries-old artifacts] said that in a large-scale rescue operation early last year, shortly before the militants seized control of Timbuktu, thousands of manuscripts were hauled out of the Ahmad Baba center to a safe house elsewhere. Realizing that the documents might be prime targets for pillaging or vindictive attacks from Islamic extremists, staff left behind just a small portion of them, perhaps out of haste, but also to conceal the fact that the center had been deliberately emptied. “The documents which had been there are safe, they were not burned,” said Mahmoud Zouber, Mali’s presidential aide on Islamic affairs, a title he retains despite the overthrow of the former president, his boss, in a military coup a year ago; preserving Timbuktu’s manuscripts was a key project of his office. By phone from Bamako on Monday night, Zouber told TIME, “They were put in a very safe place. I can guarantee you. The manuscripts are in total security.”

In a second interview from Bamako, a preservationist who did not want to be named confirmed that the center’s collection had been hidden out of reach from the militants. Neither of those interviewed wanted the location of the manuscripts named in print, for fear that remnants of the al-Qaeda occupiers might return to destroy them.

That was confirmed too by Shamil Jeppie, director of the Timbuktu Manuscripts Project at the University of Cape Town, who told TIME on Monday night, “There were a few items in the Ahmad Baba Library, but the rest were kept away.” The center, financed by the South African government as a favored project by then-President Thabo Mbeki, who championed reviving Africa’s historical culture, housed state-of-the-art equipment to preserve and photograph hundreds of thousands of pages, some of which had gold illumination, astrological charts and sophisticated mathematical formulas. Jeppie said he had been enraged by the television footage on Monday of the building trashed, and blamed in part Mali’s government, which he said had done little to ensure the center’s security. “It is really sad and disturbing,” he said.

After posting this last night, I thought I should add a question mark to the headline. At this point it doesn’t seem like anyone is in a position to accurately quantify how many of Timbuktu’s rare manuscripts might have been destroyed by the city’s Islamist occupiers before they fled. Although the Ahmed Baba Instititute, where fire damage was reported, is the principal facility housing Timbuktu’s treasures, there are dozens of family-owned libraries around the city containing thousands more manuscripts. None of the reporting I have seen indicates whether these collections were either secured or damaged.

While the fate of the manuscripts remains unclear, it’s easy for journalists to overplay a story that dovetails so neatly with the routing-of-the-barbarians narrative, rather than stick with what can actually be established at this time — which is not much.