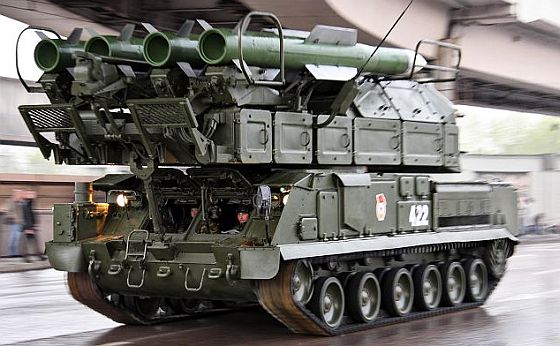 American officials said Israel hit a convoy before dawn on Wednesday that was ferrying sophisticated SA-17 antiaircraft missiles to Lebanon. The Syrians and their allies said the target was a research facility in the Damascus suburb of Jamraya.

Haaretz even published a map showing the two locations: 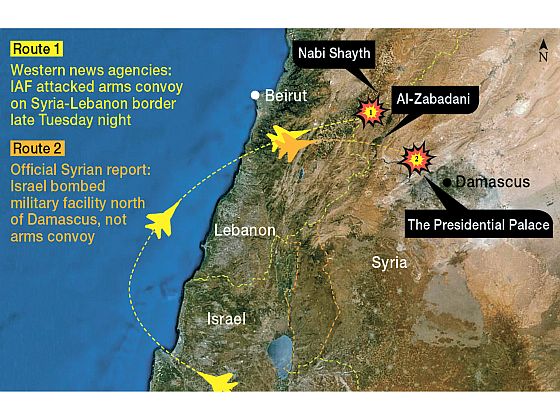 As I noted at the time, whether Israel was trying to destroy a moving or a stationary target was significant because if the target turned out to be stationary, then the timing of the strike was most likely determined as much by the Israelis as by the circumstances.

The idea that highly sophisticated Russian-made missile systems were just about to slip across the Lebanese border and into the hands of Hezbollah, was clearly intended to convey Israel’s sense of urgency.

But now Syrian TV has broadcast footage of what is claimed to be the aftermath of the strike: damage to the research facility at Jamraya outside Damascus.

The Times of Israel reports:

The video also shows what appears to be a destroyed mobile carrier for an SA-17 anti-aircraft missile battery.

But on the contrary, what the video shows is the remains of an SA-8 missile battery, an air defense system that has been in service for over 40 years. 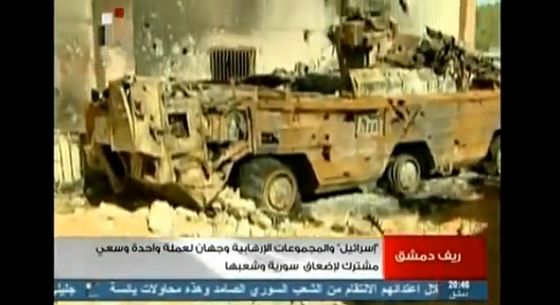 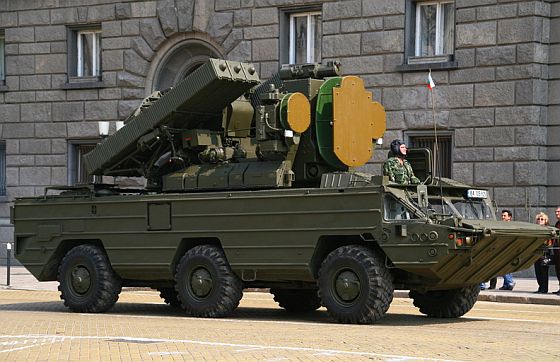 A senior United States military official, asked about reports that the research center had been damaged, said, “My sense is that the buildings were destroyed due to the bombs which targeted the vehicles” carrying the antiaircraft weapons, and from “the secondary explosions from the missiles.”

The official, speaking on condition of anonymity in order to discuss intelligence reports, said that “the Israelis had a small strike package,” meaning that a relatively few fighter aircraft slipped past Syria’s air defenses and that targeting both the missiles and the research center “would risk doing just a little damage to either.”

“They clearly went after the air defense weapons on the transport trucks,” the official said.

Based on the evidence available at this time, the claim that SA-17s were targeted, appears to be baseless. Neither is there any evidence that the SA-8s that were destroyed were heading for Lebanon. Indeed, as the New York Times report suggests — perhaps unintentionally — the SA-8s may well have not been going anywhere. They may have been intended to defend the facility next to which they were positioned*:

By hitting the research center, part of a military complex that is supposed to be protected by Russian-made antiaircraft defenses, Israel made it clear it was willing to risk direct intervention to keep weapons and missiles out of Hezbollah’s hands.

The report goes on to say:

The strike also appeared to be a signal to the Iranians that Israel would be willing to conduct a similar attack on aboveground nuclear facilities if it seemed that Iran was near achieving nuclear weapons capability. But Iran would be a far harder target — much farther away from Israel, much better defended, and with facilities much more difficult to damage. The nuclear enrichment center that worries Israel and Western governments the most is nearly 300 feet under a mountain outside Qum, largely invulnerable to the weapons that Israel is seemed to have used in last week’s raid.

The decision of the Syrian government to reveal the results of the Israeli attack was no doubt intended to serve multiple purposes, but it’s hard to imagine that what looks like an ill-conceived operation will have provoked much fear in Iran.

* In the final paragraph of today’s New York Times report, it does refer to the fact that the missile launchers in the video are SA-8s, but then quotes an Israeli journalist, Amir Rapaport, claiming that the SA-8s were planted at the scene. “Maybe it’s sort of a trick of the Syrians,” Rapaport said. Maybe. But frankly, neither the Americans nor Israelis have a lot of credibility at this point. The existence and destruction of SA-17s in this story is mere hearsay.