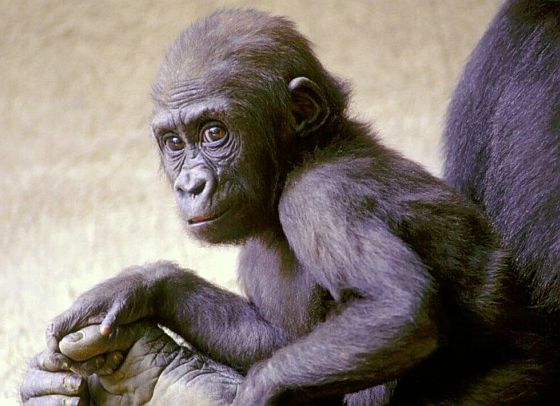 Stephen T Asma visited the slopes of the Mount Bisoke volcano in the Congo, where gorilla families roam, and the Serengeti, where he witnessed crocodiles preying on wildebeest. He wanted to better understand the existential fears that shaped the lives of our early ancestors.

After you spend time with wild animals in the primal ecosystem where our big brains first grew, you have to chuckle a bit at the reigning view of the mind as a computer. Most cognitive scientists, from the logician Alan Turing to the psychologist James Lloyd McClelland, have been narrowly focused on linguistic thought, ignoring the whole embodied organism. They see the mind as a Boolean algebra binary system of 1 or 0, ‘on’ or ‘off’. This has been methodologically useful, and certainly productive for the artifical intelligence we use in our digital technology, but it merely mimics the biological mind. Computer ‘intelligence’ might be impressive, but it is an impersonation of biological intelligence. The ‘wet’ biological mind is embodied in the squishy, organic machinery of our emotional systems — where action-patterns are triggered when chemical cascades cross volumetric tipping points.

Neuroscience has begun to correct the computational model by showing how our rational, linguistic mind depends on the ancient limbic brain, where emotions hold sway and social skills dominate. In fact, the cognitive mind works only when emotions preferentially tilt our deliberations. The neuroscientist Antonio Damasio worked with patients who had damage in the communication system between the cognitive and emotional brain. The subjects could compute all the informational aspects of a decision in detail, but they couldn’t actually commit to anything. Without clear limbic values (that is, feelings), Damasio’s patients couldn’t decide their own social calendars, prioritise jobs at work, or even make decisions in their own best interest. Our rational mind is truly embodied, and without this emotional embodiment we have no preferences. In order for our minds to go beyond syntax to semantics, we need feelings. And our ancestral minds were rich in feelings before they were adept in computations.

Recognizing the primacy of feeling in human evolutionary development and that the limbic system evolved long before the arrival of hominids, it would seem hard to dispute that other animals also have feelings. Even so, science has been slow to embrace this idea. Asma attributes this to the lingering effects of behaviorism, but I would trace it back to the Bible.

The Enlightenment might have elevated reason high above religious dogma, yet it expanded rather than closed the apparent separation between Man and Nature and in so doing, perpetuated rather than rejected the Biblical ideology that promotes belief in the uniqueness of human beings. Even if, thanks to Darwin, we could see ourselves as primates, our defining attribute — language — set us apart from all other species.

Even now, we view feelings as a higher faculty and on that basis speculate about how far back they go.

Did emotions really begin to appear with the birth of mammals? Presumably dinosaurs would have had fear and aggression; these useful affects might be distributed throughout the vertebrate clade. But did they ‘care’ about their young, like mammals do? Did they bond? No one really knows for sure. Scientists try to solve some of these deep-time questions by looking at contemporary reptile brains and behaviors. Most reptiles don’t require parenting: just overproduce your eggs, fertilise, and walk away. Reptiles never evolved care because they didn’t need it. But they did need ‘fight or flight’ and of course they have it: it’s located in the lower, older part of the brain, unlike mammalian care, which is in the higher limbic.

The problem with thinking about feeling in this way is that it turns particular feelings into kinds of species, some, all or none of which, might be found to inhabit a particular creature. It doesn’t strip feeling down to its core.

Feeling is the motor of life that makes us advance and recoil and what we can observe as physical motion in others we experience as attraction and aversion in ourselves. These are visceral reactions out of which complex feelings emerge and onto which we can impute all sorts of qualities, yet under each particular human feeling, such as hope or despair, there is some kind of movement with a physical expression. The movement might only take place on the face or through breath or muscle tension, but in some way the body moves.

Looking then at feeling as this lifelong motion driving us down certain pathways and away from others, this seems to be an attribute of all creatures down to the tiniest microbe.

6 thoughts on “The evolutionary roots of emotion”