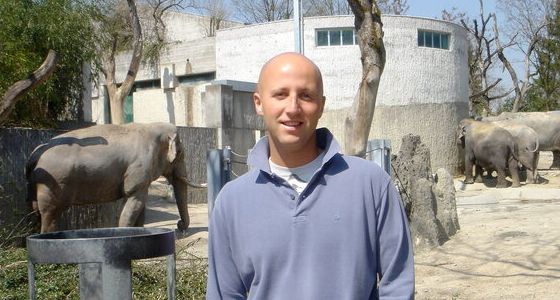 As Australia’s ABC News revealed in a Foreign Correspondent report, a prisoner being held in absolute secrecy in Israel’s Ayalon Prison — he was dubbed ‘Prisoner X’ — was a duel national Israeli-Australian Mossad agent named Ben Zygier — aka Ben Alon or Ben Allen.

After a few months of total isolation in 2010 and while under suicide watch, Zygier, who was married to an Israeli woman and had two young children, is alleged to have killed himself.

In 2010, following the assassination of the Hamas commander Mahmoud Al-Mabhouh on January 19, Mossad’s use of foreign passports came under investigation by several countries with citizens whose identities had been stolen and then used by Israeli agents entering and fleeing Dubai before and after the murder.

Australia’s The Age, now reveals that Zygier was under investigation by the Australian Security Intelligence Organisation (ASIO) at that time, for possible links to Mossad.

Yesterday, Australia’s foreign minister Bob Carr said: “I’m not reluctant to seek an explanation from the Israeli government about what happened to Mr Allen [Zygier] and about what their view of it is. 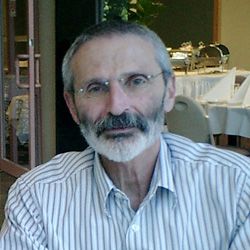 “The difficulty is I’m advised we’ve had no contact with his family [and] there’s been no request for consular assistance during the period it’s alleged he was in prison.”

In February 2010, when it became known that some of the agents involved in Mabhouh’s killing had been using Australian passports, then-prime minister Kevin Rudd expressed his alarm:

“We are going to get to the bottom of this,” Mr Rudd told ABC radio.

“This is a matter of the deepest concern to Australia.”

Mr Rudd said the integrity of the Australian passport system, used by millions of Australian travellers each year, had been compromised by this incident.

“What we have to establish first and foremost is was there a state involved in the use or forgery of these passports and the conduct of an assassination,” he told 3AW radio.

“We will not let the matter lie.”

The agency believes Mossad recruits change their names from European and Jewish names to “Anglo” names.

They then take out new passports and travel to the Arab world and Iran, to destinations Israeli passport holders cannot venture.

“Australians abroad are generally seen to be fairly innocent,” he said.

“It’s a clean country – it has a good image like New Zealand.

“There aren’t many countries like that, so our nationality and anything connected with it can be very useful in intelligence work.”

The Department of Foreign Affairs has confirmed that Zygier also carried an Australian passport bearing the name Ben Allen.

Over two years after Ben Zygier’s death, his family has a right to avoid contact with the media, yet Geoffrey Zygier’s prominent position raises all sorts of questions about his silence. Is he trying to protect his family, Australia’s Jewish community or the Israeli government? He must have read about the conditions in which his son was imprisoned and surely have been greatly troubled.

This is how the story originally broke on June 13, 2010, in a brief report in Israel’s Hebrew daily Yedioth Ahronoth — a report quickly censored, but Didi Remez provided a translation:

Nobody knows who Mr. X. is. Ynet has learned that a man has been imprisoned for some time in wing 15 of Ayalon Prison but nobody knows who he is and what charges he is being jailed for. Nobody talks to him, nobody sees him, nobody visits him, nobody knows he is in jail. “He was placed in full and complete separation from the outside world,” said an Israel Prison Service official.

To enter the wing where the detainee is being held, you have to pass the jailers on the southern side of the prison and go through double iron doors. Unlike regular separation wings, where prisoners can talk loudly between the cells or see the goings-on in the corridors with mirrors, wing 15 has only one cell without neighboring cells and without a corridor, so that whoever is jailed in it is completely isolated from any living being.

“I don’t know any other prisoner or IPS detainee held in such severe conditions of separation and isolation,” said a Prison Service official. “There is confidentiality surrounding the detainee in wing 15 in every respect, including his identity and the crimes he committed. I doubt even the jailers in charge of him know who he is. There is too much confidentiality surrounding him. It is scary that in 2010 a man is imprisoned in Israel without us even knowing who he is.”

The official said, “it is simply a person without a name and without an identity who was placed in complete and absolute isolation from the outside world. We don’t know if he gets visits, if he gets the rights that every detainee deserves by law and if anybody even knows he is in jail.” The IPS declined to divulge who the person jailed there is. Its spokesman, Lt. Col. Yaron Zamir, said: “The IPS does not provide information about locations and names out of security considerations.”

Mr. X. is being kept in the wing originally built in order to jail Prime Minister Rabin’s assassin, Yigal Amir. Amir was jailed in the same cell under heavy security, with security cameras in the cell until December 2006, when he was moved to the separate wing at Rimonim prison in the Sharon district. The cell in wing 15 is relatively large and, in the case of Amir, his family met him in the cell so that he would not have to be taken out during visits.

Here again is the ABC News report which was first broadcast yesterday:

Whatever offense Zygier may or may not have been guilty of, the circumstances of his death while under such close surveillance raise an obvious question: did he commit suicide or was he murdered?

As Nitzan Horowitz, a member of the Knesset says: “It is intolerable to any reasonable person that in a democratic country, the authorities should be able to arrest people in complete secrecy and ‘disappear’ them from the public eye without the public knowing the arrest was even made.”

Intolerable in a democractic country, indeed — but in this instance Israel has been operating as a police state.