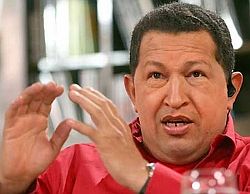 Greg Grandin writes: I first met Hugo Chávez in New York City in September 2006, just after his infamous appearance on the floor of the UN General Assembly, where he called George W. Bush the devil. “Yesterday, the devil came here,” he said, “Right here. Right here. And it smells of sulfur still today, this table that I am now standing in front of.” He then made the sign of the cross, kissed his hand, winked at his audience and looked to the sky. It was vintage Chávez, an outrageous remark leavened with just the right touch of detail (the lingering sulfur!) to make it something more than bombast, cutting through soporific nostrums of diplomatese and drawing fire away from Iran, which was in the crosshairs at that meeting.

The press of course went into high dudgeon, and not just for the obvious reason that it’s one thing for opponents in the Middle East to call the US the Great Satan and another thing for the president of a Latin American country to personally single out its president as Beelzebub, on US soil no less.

I think what really rankled was that Chávez was claiming a privilege that had long belonged to the US, that is, the right to paint its adversaries not as rational actors but as existential evil. Latin American populists, from Argentina’s Juan Perón to, most recently, Chávez, have long served as characters in a story the US tells about itself, reaffirming the maturity of its electorate and the moderation of its political culture. There are at most eleven political prisoners in Venezuela, and that’s taking the opposition’s broad definition of the term, which includes individuals who worked to overthrow the government in 2002, and yet it is not just the right in this country who regularly compared Chávez to the worst mass murderers and dictators in history. New Yorker critic Alex Ross, in an essay published a few years back celebrating the wunderkind Venezuelan conductor of the Los Angeles Philharmonic, Gustavo Dudamel, fretted about enjoying the fruits of Venezuela’s much lauded government-funded system of music training: “Stalin, too, was a great believer in music for the people.”

Hugo Chávez was the second of seven children, born in 1954 in the rural village of Sabaneta, in the grassland state of Barinas, to a family of mixed European, Indian and Afro-Venezuelan race. Bart Jones’s excellent biography, Hugo! nicely captures the improbability of Chávez’s rise from dirt-floor poverty—he was sent to live with his grandmother since his parents couldn’t feed their children—through the military, where he became involved with left-wing politics, which in Venezuela meant a mix international socialism and Latin America’s long history of revolutionary nationalism. It drew inspiration from well-known figures such as Simón Bolívar as well as lesser known insurgents, such as nineteenth-century peasant leader Ezequiel Zamora, in whose army Chávez’s great-great-grandfather had served. Born just a few days after the CIA drove reformist Guatemalan president Jacobo Arbenz from office, he was a young military cadet of nineteen in September 1973 when he heard Fidel Castro on the radio announce yet another CIA-backed coup, this one toppling Salvador Allende in Chile. [Continue reading…]