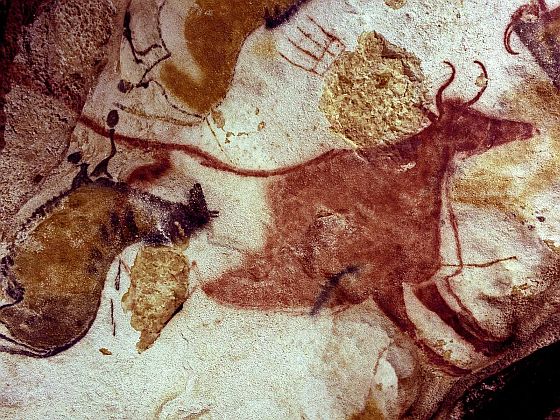 The psychiatrist, Jeffrey P. Kahn, suggests that the flowering of civilization may have been fueled by the creation of beer, a practice that could have evolved as early as 10,000 years ago providing occasional relief from the constraints of social conformity.

Once the effects of these early brews were discovered, the value of beer (as well as wine and other fermented potions) must have become immediately apparent. With the help of the new psychopharmacological brew, humans could quell the angst of defying those herd instincts. Conversations around the campfire, no doubt, took on a new dimension: the painfully shy, their angst suddenly quelled, could now speak their minds.

But the alcohol would have had more far-ranging effects, too, reducing the strong herd instincts to maintain a rigid social structure. In time, humans became more expansive in their thinking, as well as more collaborative and creative. A night of modest tippling may have ushered in these feelings of freedom — though, the morning after, instincts to conform and submit would have kicked back in to restore the social order.

I don’t find this a particularly persuasive line of speculation. It seems much more likely that beer served a role in sustaining the social order rather than freeing the imagination.

Records from 5,000 years ago show that enslaved farm laborers were being provided by their masters with a staple diet of barley gruel and weak beer — provisions barely sufficient to prevent starvation. The beer — not unlike the most popular watery brews of today — seems like it might have served more as a tool of pacification than a liberator of creativity. Indeed, if the advent of civilization opened up new avenues for exploring the human spirit for a newly emerging creative class, it simultaneously created the need for a new class of workers who would obediently follow directions without plotting insurrections.

Knowledge about botanical tools for expanding consciousness most likely long preceded civilization. On several continents evidence of the use of hallucinogenic mushrooms can be found in rock art and rock art itself appears to go back as far as 40,000 years. Whatever social, ritual, or religious function such art may have performed it appears to express the kind of creative exuberance suggesting that for these primeval artists the creative act was an end in itself. And whether that creativity was unleashed by hallucinogens is perhaps besides the point. Clearly, human beings required neither civilization nor beer in order to become creative.

Civilization is celebrated because among other things it led to the creation of writing, yet in terms of creativity the transition from rock art to writing was regressive. The former served in enabling a magical transmutation: the ephemeral, intangible stuff of imagination was turned into physical form. Writing, on the other hand, initially served as a tool for exploitation. It allowed claims of ownership and laws to be set in stone. Its function at the beginning of civilization was to shackle the imagination and codify authority.

If beer was essential for pacifying slaves, it may also have functioned in defining a boundary that legitimized alcohol while prohibiting hallucinogens. Just as the U.S. army demonstrated when experimenting with the use of LSD in chemical warfare, the potential such drugs have for undermining conventions of social order suggest they would commonly be perceived as a threat to civilization.

If beer was civilizing this might say less about the socially liberating effect of alcohol than it says about the need for social elites to limit the ambitions of those upon whose labor they depend. A central nervous system depressant could be employed as a way to release slaves from their leg irons by shackling their brains.

3 thoughts on “Beer, mushrooms, and civilization”