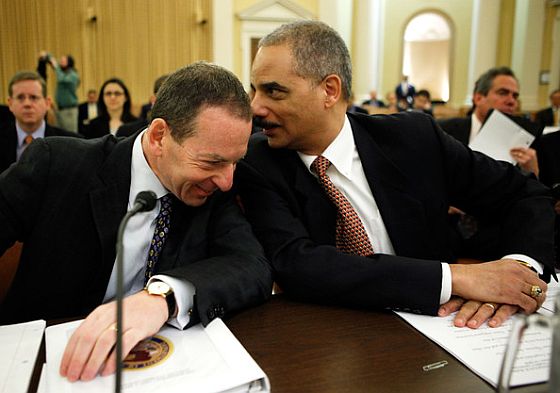 The New York Times reports: Coming off a grueling four-year stint at the Justice Department, Lanny A. Breuer is poised to make a soft landing in the private sector.

Covington & Burling, a prominent law firm, plans to announce on Thursday that Mr. Breuer will be its vice chairman. The firm created the role especially for Mr. Breuer, a Washington insider who most recently led the Justice Department’s investigation into the financial crisis.

For Mr. Breuer, who will now shift to defending large corporations, Covington is familiar turf. He previously spent nearly two decades there.

“There’s a strong emotional pull to the firm,” Mr. Breuer, who departed as the Justice Department’s criminal division chief on March 1, said in an interview. “It’s my professional home.”

Mr. Breuer is expected to earn about $4 million in his first year at Covington. In addition to representing clients, he will serve as an ambassador of sorts for the firm as it seeks to grow overseas.

The move is his latest turn through Washington’s revolving door, the symbolic portal connecting government service and private practice. Mr. Breuer, who began his career as an assistant district attorney in Manhattan and later represented President Bill Clinton during his impeachment hearings, is joining Covington for the third time.

Like Mr. Breuer, Covington operates at the nexus of Washington and Wall Street. It has represented several financial clients facing federal scrutiny, including the New York Stock Exchange, JPMorgan Chase and the former chief executive of IndyMac.

And perhaps when Breuer’s former boss Attorney General Eric Holder steps down, he too will return to his former employer, Covington, and there, along with servicing the interests of Wall Street, they can assist the law firm’s other famous clients like Xe Services (Blackwater), Phillip Morris, and Halliburton.

If you’re not familiar with Breuer, watch The Untouchables to learn about his role in letting Wall Street off the hook following the 2008 financial crisis.