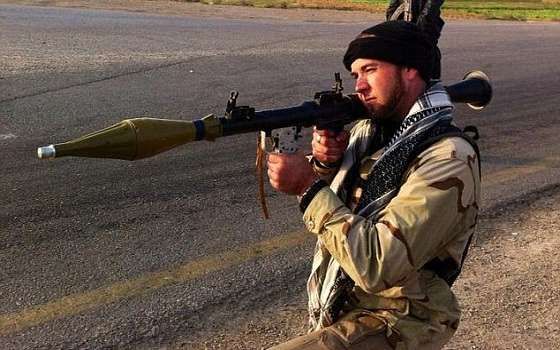 Eric Harroun, a former US Army soldier from Phoenix, was arrested shortly after landing at Dulles International Airport on Wednesday. He has been charged with conspiring to use a rocket propelled grenade outside the United States and could face life in prison. He had been fighting alongside members of Jabhat al-Nusra in Syria which has been designated as a terrorist organization by the State Department and is referred to as an offshoot of Al Qaeda in Iraq. What the group’s actual connections to Al Qaeda might be is open to question.

In an interview that Harroun made voluntarily with the FBI in Istanbul earlier this month:

he equated Zionism with Nazism and Fascism. He further claimed that he hated al-Qaeda, that he did not know any al-Qaeda members, and that he would fight against any regime if it imposed Sharia law in Syria because he opposed all forms of oppression.

In a later interview also held at the U.S. consulate in Istanbul, he acknowledged that he had been fighting with al-Nusra for about 25 days and had engaged in seven to ten battles with the group.

Harroun was not charged with joining a terrorist organization. Neither is there any evidence that Jabhat al-Nusra is engaged in or plans hostilities towards the U.S..

As Joshua Keating noted in 2011, U.S. citizens are not necessarily breaking the law if they serve in a foreign army:

If you hold a U.S. passport, you’ll note that it advises that you “may lose your U.S. citizenship” by “serving in the armed forces of a foreign state.” The word may is critical. In the 1967 case Afroyim v. Rusk, the Supreme Court ruled that under the 14th amendment, U.S. citizens cannot be involuntarily stripped of their citizenship. (That case involved a dual U.S.-Israeli citizen who had his U.S. citizenship revoked after voting in an Israeli election, but the precedent applies to military service as well.) Since then, the government has had to prove that an individual joined a foreign army with the intention of relinquishing his or her U.S. citizenship. The army in question must be engaged in hostilities against the United States or the individual must serve as an officer.

An interview with Harroun was published at Foreign Policy last week. 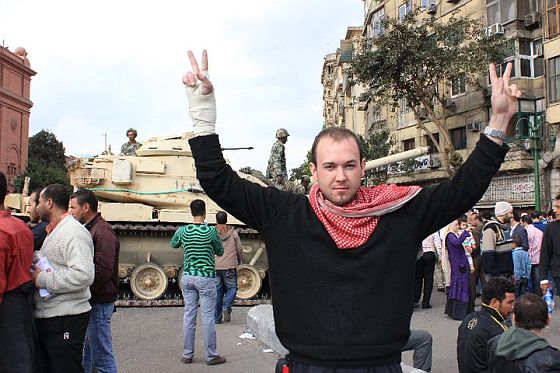 2 thoughts on “U.S. Army veteran Eric Harroun — arrested for picking up an RPG in Syria?”