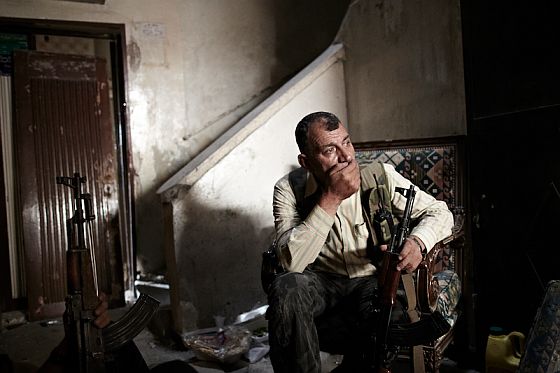 Matthieu Aikins reports: Syria’s largest city sits in a valley down from a hill with an old citadel. Over the centuries, the massive stone fortress has hosted Romans, Mongols and Ottomans; these days, it’s home to the soldiers of President Bashar al-Assad. The rebels occupy the eastern portion of the old city, a maze of alleyways and courtyards down below. It’s an ideal terrain for urban guerrilla: Tanks cannot enter the narrow passages, and the thick stone walls act as shields against artillery and air strikes.

On Monday, in the northern side of the old city, I watched a group that calls itself Ahrar as Suria (The Freemen of Syria) try to take over a building occupied by government soldiers; the rebels used a slingshot one meter tall to lob homemade grenades across enemy lines. By late afternoon, they had made little progress. They seemed content to throw grenades and fire off their weapons around corners instead of pressing a more serious and risky assault. How long had they been in this position? “Three months,” said a rebel who went by the name of Abu Zakaria. [Continue reading…]