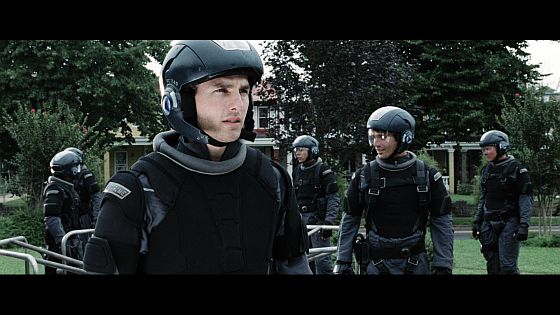 A future terrorist is as real as a unicorn, yet I guarantee if Homeland Security went to a Congressional appropriations committee and asked for additional funding to improve their ability to find future terrorists, legislators would approve the request and double the amount.

To imagine that there could be such a person as a future terrorist is to think of terrorism as being like a disease — a disease in which someone can harbor the virus before displaying any symptoms.

Consider the Tsarnaev brothers. Not even senators John McCain or Lindsey Graham would claim that either of these young men was born a terrorist. The concept of the born-terrorist is reserved for those whose sociopathic fear of existential threats licenses its own racial or ethnic hatred.

So, given that neither brother was always a terrorist, there was a period — for each of them, the majority of their lives — in which neither could be described as bearing any of the traits of a terrorist. Then, at some point in the fairly recent past, the intention to engage in an act of terrorism took shape. Prior to that point neither of them was a future terrorist. They were no different from you or me.

Throughout human history, ordinary people have done terrible things and one of the ways that the innocent attempt to insulate themselves from such horrors is to imagine that the perpetrators are marked in some way. We decide that the ordinariness must have been a facade concealing an underlying evil. In this way we protect ourselves from the fear that anyone could go bad.

From what is being reported on the initial interviews currently taking place with Dzhokhar, it appears that Tamerlan, the older brother, came up with a plan, and then persuaded his younger brother to participate. (It’s worth noting that Dzhokhar was being questioned while heavily sedated and “alert, mentally competent and lucid”. I’m picturing the upcoming trial with an FBI agent facing cross-examination as a defense attorney says with incredulity: “You’re telling me the defendant was heavily sedated and alert? That sounds like falling asleep while wide awake.”)

There is lots of speculation right now about the possible role of a trip to Russia that Tamerlan made in early 2012 and whether he might have received some kind of training or direction from Chechen rebels. Why did he make this trip? The question is posed with great gravity — even though a rather obvious answer is already available: he went to visit relatives.

Perhaps the key question is, what was the tipping point? Someone can be a misanthrope, believe in all sorts of conspiracy theories, hate Americans, support extremism, have sympathies with terrorists and yet not cross the line by plotting to carry out an act of terrorism or support the efforts of others to do so.

When the FBI interviewed Tamerlan in 2011, did they miss an opportunity to “detect a future terrorist” as Talking Points Memo poses the question? Wrong question.

The FBI did its job and looked for evidence of “terrorism activity.” It didn’t find any. Neither the FBI nor any other government agency should be in the business of fortune telling, which is to say, forming an opinion that someone might become a terrorist in the future and then giving that opinion legal weight.

While the FBI appears to have done its job properly, it’s quite possible that the tipping point at which Tamerlan’s radical leanings crossed the line and turned towards terrorist activity was triggered by the Department of Homeland Security.

On September 5, 2012, six days after Dzhokhar’s application for U.S. citizenship had been approved, Tamerlan filed his own application. His was not approved, the reason being that the earlier FBI interview threw up red flags. The mere fact that he had been interviewed, and not the FBI’s findings, appears to have meant that a division was now being placed between Tamerlan and his brother.

Tamerlan had aspired to compete as a boxer in the U.S. Olympic team but that dream would never be realized without a path to citizenship.

Did the feeling that he was being rejected by the country which was embracing his brother, propel both of them towards self destruction?

Immigrants have all kinds of reasons for wanting to become American citizens — mostly personal and economic — and there may have been good reasons to carefully scrutinize Tamerlan’s application beyond the mere fact that he had been interviewed by the FBI.

For instance, were the FBI a bit less fixated on radical Islam they might have wanted to know more about Tamerlan’s reading interests and specifically his interest in crime.

His Amazon wish-list included: The I.D. Forger: Homemade Birth Certificates & ​Other Documents Explained; Secrets of a Back Alley ID Man: Fake Id Construction Techniques of the Underground; Organized Crime: An Inside Guide to the World’s Most Successful Industry; Blood and Honor: Inside the Scarfo Mob, the Mafia’s Most Violent Family; and Five Families: The Rise, Decline, and Resurgence of America’s Most Powerful Mafia Empires.

For all the telltale signs of a future terrorist, there seem to have been just as many revealing a future gangster. Even so, there’s a huge difference between having an interest in crime and deciding to carry out a crime.

In a democracy, the legal system cannot be allowed to overextend itself by looking for ill-defined precursors of crime. If the state can hunt future terrorists that hunt will sooner or later also include opponents of the government — anyone whose alleged criminality is determined not by their behavior but by their ideas.

4 thoughts on “Searching for future terrorists… and unicorns”