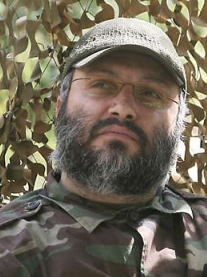 In an article on the life and death of Hezbollah’s top military commander, Imad Mughniyeh, Mark Perry writes: The Syrians always had a loveless marriage with Iran — and Hezbollah. Syrian President Hafez al-Assad had only reluctantly agreed to the deployment of the Iranian Revolutionary Guard Corps training units to the Bekaa Valley in 1982, and then insisted that the deployment be scaled back. His son and successor, Bashar, followed suit: He maintained strong ties to Tehran, while registering discomfort with Iran’s anti-Baath strategy in the wake of the 2003 U.S. invasion of neighboring Iraq.

Relations soured further after the 2006 Lebanon war. Facing domestic economic pressures as a result of U.S.-imposed sanctions, the Syrian president pursued deeper ties with the West — over Iranian objections. “I want to make this clear: Syria views itself as a Mediterranean country,” Imad Moustapha, then Syria’s ambassador to the United States, pointedly told me in 2007. “We look west — not east. We look to America for leadership.” The statement, shocking at the time, reflected Syria’s desire to normalize relations with Washington — a fact that discomfited Tehran.

Hezbollah had its own problems with Damascus. Movement leaders were bitter about Syria’s February 2007 decision to open a communications channel with Israel through Turkey, and with Assad’s decision to send the Sunni Islamist militants of Fatah al-Islam into the Lebanese city of Tripoli, where they sparked a bitter conflict in a Palestinian refugee camp in May 2007 that claimed hundreds of lives. Syria’s move in Tripoli roiled Hezbollah leaders, who accused Assad of purposely attempting to destabilize the Lebanese government — at their expense. “We know who’s responsible for Tripoli, even if you and your journalist friends don’t,” a Hezbollah official told me at the time.

Ties between Damascus and Hezbollah reached a low point that September when Israeli jets bombed Syria’s clandestine nuclear reactor under construction in the country’s north and Assad’s regime refused to respond militarily. In private, a senior Hezbollah leader with whom I spoke accused Syria of “flirting with the Zionists.”

Mughniyeh’s assassination in Damascus [on February 12, 2008] marked the final indignity for Hezbollah. In public, the “resistance axis” presented a united front, putting out nearly identical statements bemoaning the killing. In private, however, Hezbollah leaders blamed Syria for Mughniyeh’s death, citing lax security and the incompetence of Gen. Assef Shawkat, Assad’s brother-in-law, who was personally responsible for Mughniyeh’s safety. In the bombing’s immediate aftermath, according to a senior Lebanese Islamist, Hezbollah officials in Damascus adamantly refused all Syrian requests for access to the body, physically barring security officers from the room at the hospital where he had been deposited. Iran dispatched its foreign minister within hours of the killing to calm tensions, but without success. According to my senior Islamist source, no high-level Syrian official attended Mughniyeh’s memorial service, and Hezbollah was enraged when Assad appointed Shawkat as the incident’s chief investigator. [Continue reading…]