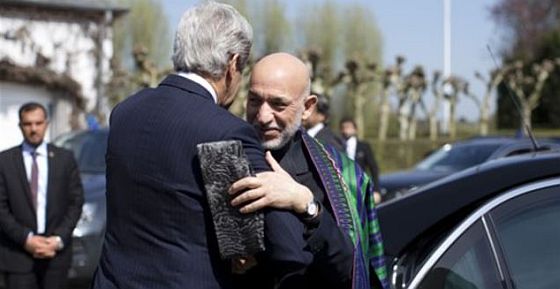 The New York Times reports: For more than a decade, wads of American dollars packed into suitcases, backpacks and, on occasion, plastic shopping bags have been dropped off every month or so at the offices of Afghanistan’s president — courtesy of the Central Intelligence Agency.

All told, tens of millions of dollars have flowed from the C.I.A. to the office of President Hamid Karzai, according to current and former advisers to the Afghan leader.

The C.I.A., which declined to comment for this article, has long been known to support some relatives and close aides of Mr. Karzai. But the new accounts of off-the-books cash delivered directly to his office show payments on a vaster scale, and with a far greater impact on everyday governing.

Moreover, there is little evidence that the payments bought the influence the C.I.A. sought. Instead, some American officials said, the cash has fueled corruption and empowered warlords, undermining Washington’s exit strategy from Afghanistan.

“The biggest source of corruption in Afghanistan,” one American official said, “was the United States.”

The United States was not alone in delivering cash to the president. Mr. Karzai acknowledged a few years ago that Iran regularly gave bags of cash to one of his top aides.

At the time, in 2010, American officials jumped on the payments as evidence of an aggressive Iranian campaign to buy influence and poison Afghanistan’s relations with the United States. What they did not say was that the C.I.A. was also plying the presidential palace with cash — and unlike the Iranians, it still is. [Continue reading…]