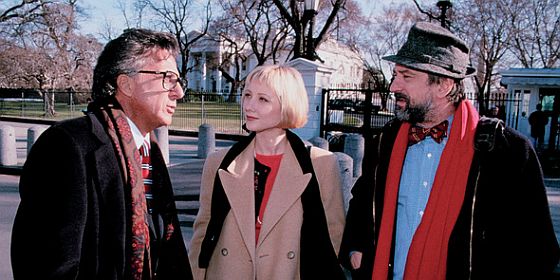 Al Qaeda is pushing our buttons

Anthony Shaffer, a former military intelligence officer who now works with the Center for Advanced Defense Studies, said this might just be “Al Qaeda pushing our buttons” to see how the U.S. responds.

“It’s a test in my judgment,” he told FoxNews.com. “I think this is a trial balloon by Al Qaeda to see how we would react.” (Fox News)

“The threat picture is based on a broad range of reporting, there is no smoking gun in this threat picture,” a U.S. official told Reuters on condition of anonymity.

U.S. officials said there was still no information about a specific target or location of a potential attack, but the threat to Western interests had not diminished.

Rattled lawmakers in both parties applauded President Obama’s decision to shutter two dozen U.S. diplomatic posts across the Middle East and North Africa this weekend, calling the threat of a fresh terrorist attack credible, specific and the most alarming in years.

The State Department extended the closure of 19 embassies, consulates and smaller diplomatic posts through Saturday “out of an abundance of caution,” spokeswoman Jen Psaki said in a written statement Sunday. Several other posts, including embassies in Kabul and Baghdad, will reopen Monday. (Washington Post)

After days of alarms and embassy lockdowns, the United States and Britain on Tuesday stepped up security precautions in Yemen, with Washington ordering “nonemergency” government personnel to leave and the Foreign Office in London saying it has withdrawn its diplomatic staff in the capital of Sana “due to increased security concerns.”

The United States also urged its citizens living in Yemen to depart immediately. Neither the American nor British authorities said how many employees were affected by the decision to withdraw personnel. (New York Times)

U.S. playing into the hands of Al Qaeda

A suspected U.S. drone strike in Yemen — the fourth reported in the last 10 days — killed four alleged Al Qaeda members Tuesday, as the U.S. and British governments evacuated their embassies because of intelligence suggesting a possible terrorist attack.

A drone-launched missile struck a vehicle in Marib province, east of the Yemeni capital, Sana, killing the four militants, according to the Yemen Post, a privately-owned English language newspaper. A second strike targeted a “militant hideout,” the paper said, citing local security officials.

But the attacks did not hit any of the 25 suspected terrorists named on a list released Monday by the Yemeni government, according to a Yemeni official who was not authorized to be quoted.

The Yemeni government is “deeply disappointed in the U.S. decision to evacuate embassy staff,” the official said. “It plays into the hands of Al Qaeda, and it’s going to hurt our economy.” (Los Angeles Times)

Adam Baron, a freelance journalist in Sanaa [the capital of Yemen], described the mood in the city: “This morning a manned intelligence aircraft circled around Sanaa for roughly two to three hours. It caused a state of alarm and panic amongst residents because it’s something that just doesn’t really happen.”

“This is a threat that’s always present… But due to these intercepted communications, there’s this belief that something could be coming soon.” (BBC News)

So what can we deduce from all of this?

1. In spite of the massive U.S. intelligence apparatus, Ayman al Zawahiri is able to have his communications intercepted without giving away his location. In other words, al Qaeda is able to outwit the NSA. So much for the value of their capacity to track the communications of all U.S. citizens.

2. In the estimation of the State Department, in spite of the fact that Iraq just had its highest monthly death toll in five years, Baghdad is one of the safest cities in the Middle East. Who knew?

3. At a time when the Obama administration clearly has an interest in hyping terrorist threats and promoting the idea that leaks from Edward Snowden made America less safe, there are leaks currently coming out of the administration that indisputably have the highest level of classification and whose disclosure poses a real national security threat. Are we to suppose that there is another Snowden out there, but this time someone willing to take an even greater risk of being tried for treason? I doubt it very much.

Much, much, more likely, these are leaks that were authorized by President Obama himself, the leaker-in-chief who can declassify whatever he wants.

Coming from anywhere else it would be treason, but coming from the Oval Office, it’s business as usual.