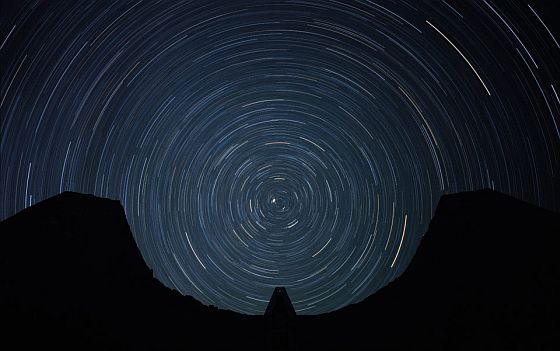 Ross Andersen writes: On a hot afternoon in late June, I pulled to the side of a two-lane desert highway in eastern New Mexico, next to a specific mile marker. An hour earlier, a woman had told me to wait for her there at three o’clock, ‘sharp’. I edged as far off the shoulder as I could, to avoid being seen by passing traffic, and parked facing the wilderness. A sprawling, high desert plateau was set out before me, its terrain a maze of raised mesas, sandstone survivors of differential erosion. Beyond the plateau, the landscape stretched for miles, before dissolving into a thin strip of desert shimmer. The blurry line marked the boundary between the land and one of the biggest, bluest skies I’d ever seen.

I had just switched off the ignition when I spotted a station wagon roaring toward me from the plateau, towing a dust cloud that looked like a miniature sandstorm. Its driver was Jill O’Bryan, the wife and gatekeeper of Charles Ross, the renowned sculptor. Ross got his start in the Bay Area art world of the mid‑1960s, before moving to New York, where he helped found one of SoHo’s first artist co-ops. In the early 1970s, he began spending a lot of time here in the New Mexico desert. He had acquired a remote patch of land, a mesa he was slowly transforming into a massive work of land art, a naked-eye observatory called Star Axis. Ross rarely gives interviews about Star Axis, but when he does he describes it as a ‘perceptual instrument’. He says it is meant to offer an ‘intimate experience’ of how ‘the Earth’s environment extends into the space of the stars’. He has been working on it for more than 40 years, but still isn’t finished.

I knew Star Axis was out there on the plateau somewhere, but I didn’t know where. Its location is a closely guarded secret. Ross intends to keep it that way until construction is complete, but now that he’s finally in the homestretch he has started letting in a trickle of visitors. I knew, going in, that a few Hollywood celebrities had been out to Star Axis, and that Ross had personally showed it to Stewart Brand. After a few months of emails, and some pleading on my part, he had agreed to let me stay overnight in it. 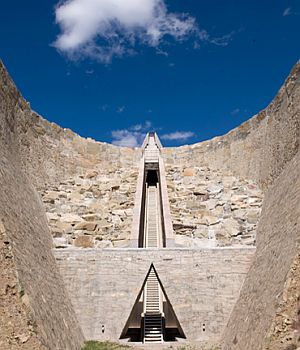 Once O’Bryan was satisfied that I was who I said I was, she told me to follow her, away from the highway and into the desert. I hopped back into my car, and we caravanned down a dirt road, bouncing and churning up dust until, 30 minutes in, O’Bryan suddenly slowed and stuck her arm out her driver’s side window. She pointed toward a peculiar looking mesa in the distance, one that stood higher than the others around it. Notched into the centre of its roof was a granite pyramid, a structure whose symbolic power is as old as history.

Twenty minutes later, O’Bryan and I were parked on top of the mesa, right at the foot of the pyramid and she was giving me instructions. ‘Don’t take pictures,’ she said, ‘and please be vague about the location in your story.’ She also told me not to use headlights on the mesa top at night, lest their glow tip off unwanted visitors. There are artistic reasons for these cloak-and-dagger rituals. Like any ambitious artist, Ross wants to polish and perfect his opus before unveiling it. But there are practical reasons, too. For while Star Axis itself is nearly built, its safety features are not, and at night the pitch black of this place can disorient you, sending you stumbling into one of its chasms. There is even an internet rumour — Ross wouldn’t confirm it — that the actress Charlize Theron nearly fell to her death here. [Continue reading…]

1 thought on “Star Axis, a masterpiece forty years in the making”