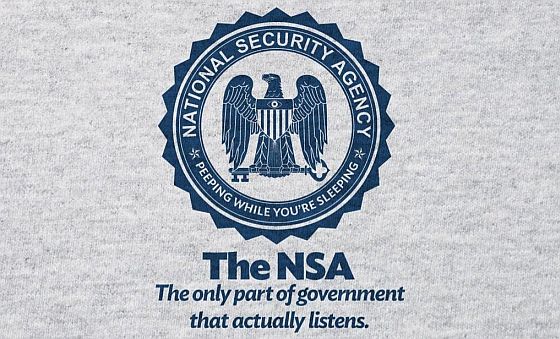 VOA reports: The U.S. National Security Agency and the Department of Homeland Security have threatened legal action to block the sale of T-shirts that ridicule these two powerful government agencies. But the T-shirt designer says NSA and DHS are the ones breaking the law by assaulting free speech, a pillar of democratic society.

A judge may decide who is right.

One T-shirt calls the NSA the “only part of the government that actually listens,” a joke that plays on the NSA’s controversial, and critics say overzealous, monitoring of communications worldwide. Americans tend to laugh out loud when they see the message.

Another shirt parodies the DHS logo, rewritten as the “Department of Homeland Stupidity.”

Agency officials have sent stern letters to the printer who makes and distributes these designs, demanding an immediate halt, according to T-shirt designer Dan McCall. He says the letters cite federal laws banning unauthorized use or defacement of official logos. [Continue reading…]

1 thought on “NSA and DHS try to suppress free speech”