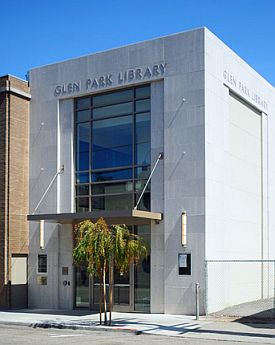 Nick Bilton writes: So this is where they collared the man they call the Dread Pirate Roberts.

It’s up a flight of stone steps, past the circulation desk and the Romance stacks, over in Science Fiction, far corner.

On a sunny Tuesday in October, federal officers entered the public library in the Glen Park section of this city and arrested a young man who they say ran a vast Internet black market — an eBay of illegal drugs.

Their mark, Ross William Ulbricht, says he is not the F.B.I.’s Dread Pirate Roberts, the nom de guerre of the mastermind behind the marketplace, Silk Road. And the facts, his lawyer says, will prove that.

However this story plays out, Silk Road already stands as a tabloid monument to old-fashioned vice and new-fashioned technology. Until the website was shut down last month, it was the place to score, say, a brick of cocaine with a few anonymous strokes on a computer keyboard. According to the authorities, it greased $1.2 billion in drug deals and other crimes, including murder for hire.

That this story intruded here, at a public library in a nice little neighborhood, says a lot about the dark corners of the Internet. Glen Park isn’t the gritty Tenderloin over the hills, or Oakland or Richmond out in East Bay. And that is precisely the point. The Dark Web, as it is known, is everywhere and nowhere, and it’s growing fast.

No sooner was the old Silk Road shut down than a new, supposedly improved Silk Road popped up. Other online bazaars for illegal guns and drugs are thriving.

And the Dread Pirate Roberts — the old one, a new one, who knows? — is back, taunting the authorities. (The pseudonym is a reference to a character in the film “The Princess Bride” who turns out to be not one man but rather many men passing down the title.)

“It took the F.B.I. two and a half years to do what they did,” the Dread Pirate Roberts wrote last week on the new Silk Road site. “But four weeks of temporary silence is all they got.”

So catch us if you can, the Dread Pirate is saying. The new Silk Road has overhauled its security and “marks the dawn of a brand new era for hidden services,” he wrote.

The question is, can anyone really stamp out the Dread Pirates? Like the rest of the Internet, the Dark Web is being shaped and reshaped by technological innovation. [Continue reading…]