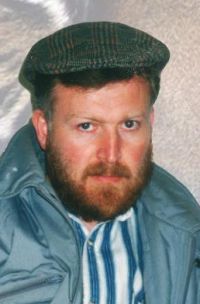 Hassan Hassan writes: A top Sharia official in Jabhat Al Nusra, the Al Qaeda formal affiliate in Syria, has acknowledged for the first time that his faction is influenced by the teachings of Abu Musab Al Suri, a Syrian jihadist who fought the Assad regime in the 1970s and 1980s, before becoming one of the world’s most renowned jihadist ideologues. The acknowledgement did not spark much media attention, but is hugely significant for understanding the ideological underpinnings of Syria’s jihadist groups.

Dr Sami Al Oraidi – who was mentioned by Jabhat Al Nusra leader Abu Muhammad Al Jolani in his only media interview as an official who represents the group’s ideology – listed 19 recommendations by Abu Musab on his Twitter account, writing: “We have been able to implement some of them, but we could not implement others.”

The idea that the group is influenced by Abu Musab’s teachings had been long suspected by some jihadist watchers. On this day last year, I wrote in this space that multiple sources had told me that the ideologue’s writings had been cited privately by members and leaders of Jabhat Al Nusra. But the revelation by the group’s official is the first evidence to the claims. In practice, the influence by Abu Musab can help to explain the group’s dynamism, relative to like-minded groups.

The essence of Abu Musab’s teachings is that a new generation of jihadists should be committed to an “individualised” jihad, which places their ideology above and beyond any organisational affiliation. This way of thinking is geared towards shielding the jihad from organisational mistakes through decentralisation: jihadists could pursue their aims without waiting to be guided by an elite vanguard that made all the important decisions.

In the United States and Europe, the legacy of Abu Musab is often associated with lone-wolf attacks, which pose a profound security challenge for the West. But in Muslim-dominated societies such as in Syria, “individualised jihad” and other aspects of Abu Musab’s teachings play out differently.

In practice, jihadists in Syria focus on ensuring that the country will remain a place to wage jihad on a personal or group level, regardless of the political outcome. The priority is to establish deep ties with local communities even if that requires flexibility on some principles.

The strategies derived from Abu Musab’s guidelines to win hearts and minds are largely four-fold: provide services to people, avoid being seen as extremists, maintain strong relationships with communities and other fighting groups, and put the focus on fighting the regime. [Continue reading…]

In 2006, Lawrence Wright wrote: Suri was born into a middle-class family in Aleppo, Syria, in 1958, the year of bin Laden’s birth. Red-haired and sturdily built, he has a black belt in judo; his real name is Mustafa Setmariam Nasar. He became involved in politics at the University of Aleppo, where he studied engineering. Later, he moved to Jordan, where he joined the Muslim Brotherhood, an Islamist group that opposed Syria’s dictator, Hafez al-Assad. In 1982, Assad decided that the Brotherhood posed a threat to his authority, and his troops slaughtered as many as thirty thousand people in the city of Hama, one of the group’s strongholds. The ruthlessness of Assad’s response shocked Suri. He renounced the Brotherhood, which he held responsible for provoking the destruction of Hama, and took refuge in Europe for several years. In 1985, he moved to Spain, where he married and became a Spanish citizen; two years later, he found his way to Afghanistan, where he met Osama bin Laden.

The two men have had a contentious relationship. Although Suri became a member of Al Qaeda’s inner council, he grew disillusioned by the fecklessness and the disorganization that characterized Al Qaeda’s training camps in Afghanistan. “People come to us with empty heads and leave us with empty heads,” he wrote. “They have done nothing for Islam. This is because they have not received any ideological or doctrinal training.”

In 1992, he moved back to Spain, where he helped to establish a terrorist cell that played a part in the planning of September 11th. Two years later, Suri moved to England. He soon became a fixture in the Islamist press in London, writing articles for the magazine Al Ansar, which promoted the insurgency in Algeria that resulted in more than a hundred thousand deaths. The magazine’s editor was Abu Qatada, a Palestinian cleric who has been characterized as Al Qaeda’s spiritual guide in Europe. Al Ansar was, in many ways, the first jihadi think tank; Suri and other strategists suggested tactics for undermining the despotic regimes in the Arab world, and they promoted attacks on the West even as American and European intelligence agencies were largely unaware of the threat that the Islamist movement posed.

Jamal Khashoggi, a Saudi journalist who is currently the press aide to the Saudi Ambassador in Washington, Prince Turki al-Faisal, met Qatada and Suri in the early nineties. They struck him as far more radical than Osama bin Laden; at the time, Al Qaeda was primarily an anti-Communist organization. “Osama was in the moderate camp,” Khashoggi recalled recently. He coined the phrase “Salafi jihadis” to describe men, such as Abu Qatada and Suri, who had been influenced by Salafism, the puritanical, fundamentalist strain of Islam. “Osama was flirting with these ideas,” Khashoggi said. “He was not the one who originated the radical thinking that came to characterize Al Qaeda. He joined these men, rather than the other way around. His organization became the vehicle for their thinking.”

Suri later wrote about bin Laden’s conversion to his ideas, which took place after bin Laden returned to Afghanistan, in 1996. Salafi jihadis spoke with him about a situation that angered him deeply: the presence of American troops on the holy soil of the Arabian Peninsula. Corrupt Islamic scholars had lent their authority to the Saudi royal family, the jihadis argued, and the royal family, in turn, had given legitimacy to the American incursion. There were two possible solutions: either attack the royal family — which would likely anger the Saudi people — or strike at the American presence. “This would force the Saudi family to defend it, thereby losing its own legitimacy in the eyes of Muslims,” Suri writes. “Bin Laden chose the second option.”

Suri believed that the jihadi movement had nearly been extinguished by the drying up of financial resources, the killing or capture of many terrorist leaders, the loss of safe havens, and the increasing international coöperation among police agencies. (The British authorities were pursuing him as a suspect in the 1995 Paris Métro bombings.) Accordingly, he saw the Taliban’s takeover of Afghanistan, in 1996, as a “golden opportunity,” and he went there the following year. He set up a military camp in Afghanistan, and experimented with chemical weapons. He also arranged bin Laden’s first television interview with CNN. The journalist Peter Bergen, who spent several days in Suri’s company while producing the segment, and who recently published an oral history, “The Osama bin Laden I Know,” recalled, “He was tough and really smart. He seemed like a real intellectual, very conversant with history, and he had an intense seriousness of purpose. He certainly impressed me more than bin Laden.”

In 1999, Suri sent bin Laden an e-mail accusing him of endangering the Taliban regime with his highly theatrical attacks on American targets. And he mocked bin Laden’s love of publicity: “I think our brother has caught the disease of screens, flashes, fans, and applause.” In his writings, Suri rarely mentioned Al Qaeda and disavowed any direct connection to it, despite having served on its inner council. He preferred to speak more broadly of jihad, which he saw as a social movement, encompassing “all those who bear weapons — individuals, groups, and organizations — and wage jihad on the enemies of Islam.” By 2000, he had begun predicting the end of Al Qaeda, whose preëminence he portrayed as a stage in the development of the worldwide Islamist uprising. “Al Qaeda is not an organization, it is not a group, nor do we want it to be,” he writes. “It is a call, a reference, a methodology.” Eventually, its leadership would be eliminated, he said. (Suri himself was captured in Pakistan in November, 2005. American intelligence sources confirmed that Suri is in the custody of another country but refused to disclose his exact location.) In the time that remained to Al Qaeda, he argued, its main goal should be to stimulate other groups around the world to join the jihadi movement. His legacy, as he saw it, was to codify the doctrines that animated Islamist jihad, so that Muslim youths of the future could discover the cause and begin their own, spontaneous religious war. [Continue reading…]