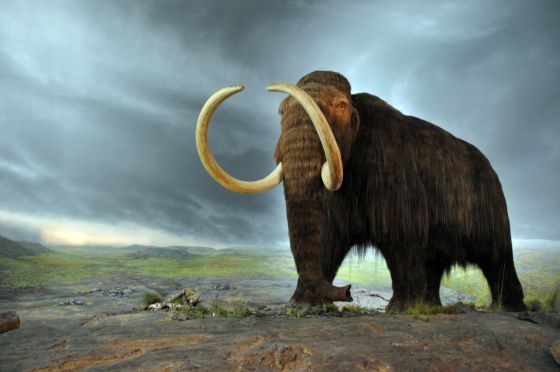 For those of us who see industrial civilization as the guarantor of humanity’s destruction, it’s easy to picture an idyllic era earlier in our evolution, located perhaps during the cultural flowering of the Great Leap Forward.

Communities then remained relatively egalitarian without workers enslaved in back-breaking labor, while subsistence on few material resources meant that time was neither controlled by the dictates of a stratified social hierarchy nor by the demands of survival.

When people could accord as much value to storytelling, ritual, and music-making, as they did to hunting and gathering food, we might like to think that human beings were living in balance with nature.

As George Monbiot reveals, the emerging evidence about of our early ancestors paints a much grimmer picture — one in which human nature appears to have always been profoundly destructive.

You want to know who we are? Really? You think you do, but you will regret it. This article, if you have any love for the world, will inject you with a venom – a soul-scraping sadness – without an obvious antidote.

The Anthropocene, now a popular term among scientists, is the epoch in which we live: one dominated by human impacts on the living world. Most date it from the beginning of the industrial revolution. But it might have begun much earlier, with a killing spree that commenced two million years ago. What rose onto its hind legs on the African savannahs was, from the outset, death: the destroyer of worlds.

Before Homo erectus, perhaps our first recognisably human ancestor, emerged in Africa, the continent abounded with monsters. There were several species of elephants. There were sabretooths and false sabretooths, giant hyenas and creatures like those released in The Hunger Games: amphicyonids, or bear dogs, vast predators with an enormous bite.

Prof Blaire van Valkenburgh has developed a means by which we could roughly determine how many of these animals there were. When there are few predators and plenty of prey, the predators eat only the best parts of the carcass. When competition is intense, they eat everything, including the bones. The more bones a carnivore eats, the more likely its teeth are to be worn or broken. The breakages in carnivores’ teeth were massively greater in the pre-human era.

Not only were there more species of predators, including species much larger than any found on Earth today, but they appear to have been much more abundant – and desperate. We evolved in a terrible, wonderful world – that was no match for us. [Continue reading…]