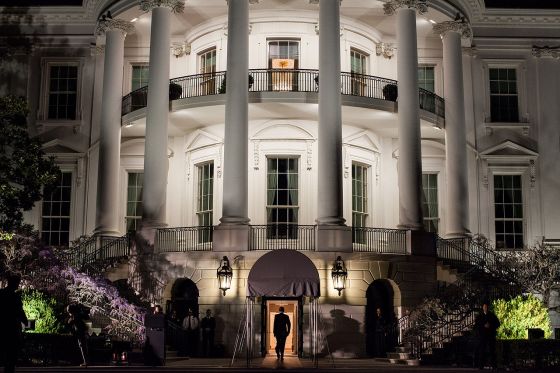 Unsurprisingly, given Omidyar is now running First Look Media, a journalistic enterprise dedicated to exposing US government wrongdoing around the world, some FLM staffers and supporters rushed to cry foul over our report.

USA Today’s Rem Rieder argued that Omidyar Network’s investments were a non-issue as they had been disclosed years earlier. Other supporters pointed out that, just because the Omidyars co-invested with the US Agency for International Development (USAID) and the National Endowment for Democracy (NED), and appeared to share their policy on regime change in Ukraine, didn’t mean that they had actively collaborated with the government on investment strategy.

This narrative of Pierre Omidyar being politically and financially separate from the Obama White House is a vitally important one. In recent weeks, the site’s reporters have taken their fight right to the President’s doorstep with headlines like “The White House Has Been Covering Up the Presidency’s Role in Torture for Years,” claiming that the administration has deliberately withheld thousands of documents relating to the CIA’s role in detention and interrogation of prisoners. Any sniff that First Look’s owner, publisher and chief editorial recruiter has close ties to the White House could undermine the whole premise of the organization.

Speaking to the Daily Beast, documentary maker Jeremy Scahill mentioned his boss explicitly when comparing the cozy relationship between other news organizations and the White House. First Look, he insisted, would be different…

I think that the White House, whether it is under Republican or Democrat, they pretty much now [sic] who they are dealing with. There are outlets like The Daily Beast, or The Huffington Post that have risen up in the past decade, but they are very quickly just becoming part of the broader mainstream media, and with people that have spent their careers working for magazines or newspapers or what have you, and the White House believes they all speak the language on these things. With us, because we want to be adversarial, they won’t know what bat phone to call. They know who to call at The Times, they know who to call at The Post. With us, who are they going to call? Pierre? Glenn?”

Scahill’s question is a good one — and it’s also very easy to answer: If the White House has a problem with First Look, it’s a pretty safe bet they’ll pick up the phone and call Pierre Omidyar. [Continue reading…]