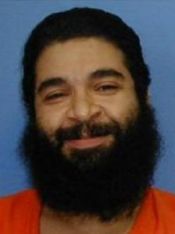 Clive Stafford Smith writes: Two nights ago I watched The Railway Man at a local film festival. Afterwards, one of the writers, Andy Paterson, was being interviewed by Jon Ronson, the curator of the event. They discussed how Colin Firth’s character, Eric Lomax, had suffered from post-traumatic stress disorder (PTSD) as a result of his torture by the Japanese during the second world war. Paterson had just returned from Tokyo, where it became clear to him that most Japanese people have not got to grips with what happened on the Thai-Burma railway.

I wonder how long it will take us to understand what we are continuing to do to Shaker Aamer in Guantánamo Bay?

I have represented Aamer unsuccessfully for a long time, and we have just received the first independent medical evaluation of him in 12 years. Dr Emily Keram, a respected psychiatrist, despairs for him as long as he remains in Guantánamo Bay. Her report makes for devastating and depressing reading.

Because of society’s eternal prejudices, I am loth to discuss Aamer’s mental health status, but ultimately I must. So let me preface it with an admission: I, too, suffer from PTSD, albeit on an inconsequential scale when compared with either Aamer or Lomax. My own flashbacks, black-and-white negatives of what I witnessed, stem from watching six of my clients die – two each in the electric chair, in the gas chamber and on the lethal injection gurney. The hardest was Nicholas Ingram. I was born in the same hospital as him, and he was electrocuted in a gratuitously grotesque manner.

For Aamer, yes there was all the physical abuse, from beatings, to strappado (dislocating the shoulders by hanging by the wrists), most of which happened to Lomax. But it was the second degree torture (originated by the Spanish Inquisition) that got to Aamer most – when the torturer singles out someone else for abuse and plays on your mind. The American interrogators assured him that they had his family, and they described what they were going to do to his daughter, then five years old: “They are going to screw her. She will be screaming, ‘Daddy! Daddy!'”

I have a five-year-old myself. No wonder Aamer told Keram he felt powerless, guilty that he had failed his kids, his mind imploding. [Continue reading…]