Given the headlines these days, one could be forgiven for imagining that ISIS is now a regional superpower — even though its ranks probably include fewer than 10,000 men. A map published by the Institute for the Study of War on June 10 puts the headlines in perspective.

The small black patches are the areas under ISIS control: 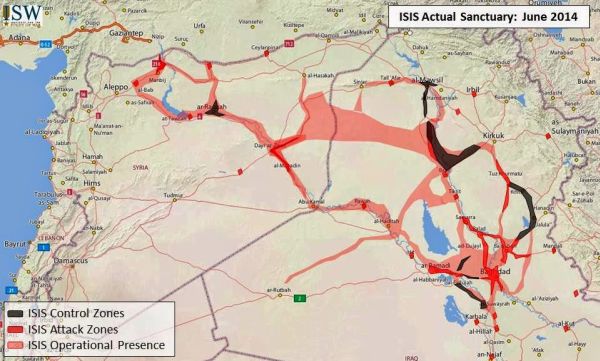 (Click on the image to see a larger version.)

A June 20 update shows no expansion in the size of ISIS territory.