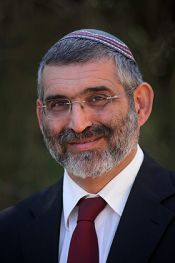 Shlomi Eldar writes: The motto of the racist activists and their various organizations is fanatical hatred of Arabs. But they have not been placed outside the law; on the contrary, their leaders have continued with their daily routine. Most of them were not investigated or indicted for incitement, and no one imposed administrative detention on them or severed them from their sources of influence.

One of the “sources of inspiration” for the far-right Jewish movements is Michael Ben Ari, a former Knesset member of the Ichud Leumi Party. Ben Ari now heads the Otzma LeYisrael movement that did not garner enough votes to pass the electoral threshold in the 2013 elections. Ben Ari and other movement activists are working energetically to disseminate their worldview, based on Kach movement ideology. Ben Ari was one of its activists.

In 1994, the Kach movement was declared a terrorist organization by Israel. It is included in the list of terror organizations of the United States, the European Union and other countries. But its holdovers — including Ben Ari, Baruch Marzel, Itamar Ben Gvir and others — continue to recruit adherents for the same goal: the expulsion of all the Arabs from the territories of “the land of Israel.” [Continue reading…]