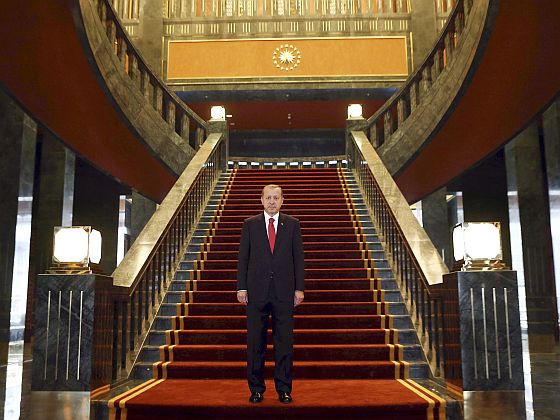 Jenny White writes: Something substantially different is shaping up in today’s Turkey. Given the many variables in play, no one can be sure what the country will look like in 10 years. The recent autocratic turn of the pious former prime minister and now president, Recep Tayyip Erdoğan, cannot be explained simply as a form of Islamic radicalization. After more than a decade of economic growth and social reform under the Justice and Development Party (AKP), Muslim and Turkish identities have been transformed to such an extent that it is nearly impossible to assign people to one end or the other of a secular-Islamist divide, particularly that half of the population that is under 30. Many young people have heterogeneous identities, composed of seemingly contradictory positions and affiliations. Turkey is now split along more complex lines, pitting Sunni against Sunni, Sunni against Alevi (a heterodox Shia sect that makes up more than 10 percent of the population), and both pious and secular nationalists against Kurds. It could be argued that a lust for power and profit on the part of one man and his inner circle, rather than a wider cohort, has driven recent events as much as religion. This is no novelty in the world of dictators, which may well be the direction Turkey is taking.

Part of the answer to what is happening in the present lies in the past, in Kemalist practices (the legacy of Mustafa Kemal Atatürk, who founded the modern Turkish state in 1923) that still powerfully shape social and political life today. Erdoğan, threatened by recent street protests and the actions of a rival Islamic movement, has returned to the fearmongering and aggressive political paternalism that were ingrained in the Turkish psyche for much of the twentieth century, making them powerful tools for social manipulation. Kemalism has been largely dethroned, but the levers of power it developed remain in place. In the absence of Kemalist symbolism, AKP rule has taken on an Ottoman and Sunni Muslim veneer.

What is fundamentally different, though, is that Erdoğan has begun, for the first time, to dismantle the democratic structures that, creaky and biased though they were, provided a balance of power among institutions. Under Erdoğan, these institutions, from universities and the media to police, prosecutors, and judges, have been forced to answer not to a party, but essentially to one man who has taken control of most mechanisms of rule. This is a new and worrisome development, out of step with the AKP’s (and Erdoğan’s) accomplishments over the previous decade. Those who claim to have seen this coming could have done so only by closing their eyes to what the party accomplished — and what these newest developments put at risk. [Continue reading…]