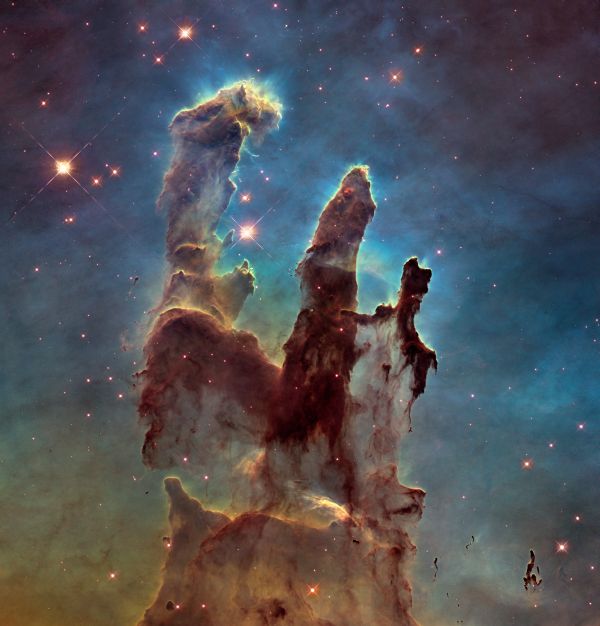 NBC News: In celebration of its upcoming 25th anniversary in April, the Hubble Space Telescope has returned to the site of what may be its most famous image, the wispy columns of the Eagle Nebula, and produced a stunning new picture. “The Pillars of Creation,” located 6,500 light-years away in area M16 of the distant nebula, were photographed in visible and near-infrared light with the Hubble’s upgraded equipment, and the result is as astonishing now as the original was in 1995. Hubble went online in 1990.