There is a strange and cowardly convention in American journalism and society at large that treats criminal action as a mark of adulthood.

If an eighteen-year-old gets shot, there is a reasonable chance that he or she will be referred to as a teen, but whoever pulls the trigger is supposedly an adult — and the worse the crime, the more likely a child is going to be tried as an adult.

The United States and many other countries could learn a lot from Germany.

As Andrew Neilson writes: “Germany sentences young adults under either juvenile or adult law based on an assessment of a young adult’s maturity. The courts have a choice based on the person they see before them.”

Any legal process that has the capacity to determine an individual’s guilt should also be able to make a judgment about their level of maturity. 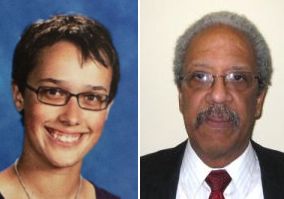 Shannon Maureen Conley is a Colorado teenager who just got sentenced to four years in prison for attempting to go to Syria to join ISIS. Most press reports refer to her as a woman — I guess she entered womanhood the minute she declared jihad.

The gray-haired judge, Raymond P. Moore, who is in his early sixties, conceded that Conley was naive but said at sentencing: “I need to send a message.”

Like most people who use that expression, Moore didn’t spell out exactly what the message was, but given that despite his mature appearance he has only been a judge for less than two years, my suspicion is that he was less concerned about his message than he was afraid of showing any leniency — possessed by a fear that guides the actions of thousands of government officials across America who are terrified of being viewed as soft on terrorism.

Three other Denver teenage girls were stopped in Germany last Fall as they attempted to make their way to Syria where they apparently intended to marry ISIS fighters. They were returned to their parents without facing charges. Presumably the officials involved in that case felt that everyone’s interests would be better served by returning these kids to their homes rather than locking them in prison cells.

No doubt Moore thought he was sending a strong message to potential ISIS recruits, but in doing so he has sent the wrong message to their parents. No one wants to see their child risk their life by going to join ISIS, yet neither do they want to see them thrown behind bars because of naive, ill-informed, and youthful idealism.

Anyone who actually reaches Syria or Iraq and takes up arms with ISIS is willingly entering a war and will suffer the consequences of that choice, but prior to crossing that threshold — and especially if that individual has yet to exercise the autonomy of an adult — they should be shown some kindness.

By failing to follow that course, the Colorado judge has probably made it likely that kids contemplating running off to Syria will take even greater care to avoid detection, and parents who learn about such plans will be more hesitant about alerting the authorities.