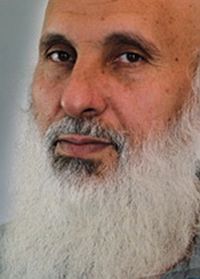 Christoph Reuter reports: Aloof. Polite. Cajoling. Extremely attentive. Restrained. Dishonest. Inscrutable. Malicious. The rebels from northern Syria, remembering encounters with him months later, recall completely different facets of the man. But they agree on one thing: “We never knew exactly who we were sitting across from.”

In fact, not even those who shot and killed him after a brief firefight in the town of Tal Rifaat on a January morning in 2014 knew the true identity of the tall man in his late fifties. They were unaware that they had killed the strategic head of the group calling itself “Islamic State” (IS). The fact that this could have happened at all was the result of a rare but fatal miscalculation by the brilliant planner. The local rebels placed the body into a refrigerator, in which they intended to bury him. Only later, when they realized how important the man was, did they lift his body out again.

Samir Abd Muhammad al-Khlifawi was the real name of the Iraqi, whose bony features were softened by a white beard. But no one knew him by that name. Even his best-known pseudonym, Haji Bakr, wasn’t widely known. But that was precisely part of the plan. The former colonel in the intelligence service of Saddam Hussein’s air defense force had been secretly pulling the strings at IS for years. Former members of the group had repeatedly mentioned him as one of its leading figures. Still, it was never clear what exactly his role was.

But when the architect of the Islamic State died, he left something behind that he had intended to keep strictly confidential: the blueprint for this state. It is a folder full of handwritten organizational charts, lists and schedules, which describe how a country can be gradually subjugated. SPIEGEL has gained exclusive access to the 31 pages, some consisting of several pages pasted together. They reveal a multilayered composition and directives for action, some already tested and others newly devised for the anarchical situation in Syria’s rebel-held territories. In a sense, the documents are the source code of the most successful terrorist army in recent history. [Continue reading…]