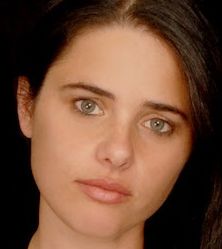 An excerpt from an unpublished article written by pro-settler Uri Elitzur, Prime Minister Benjamin Netanyahu’s onetime chief of staff, who passed away in May 2014, the post was published in English translation on a blog on the anti-Zionist website ElectronicIntifada.com. The author of the blog post claimed that the 631-word excerpt called Palestinian children “little snakes” and accused Palestinian mothers of raising their kids to become violent martyrs. And, the blog post said, it read as “a call for genocide” of the Palestinian people.

Shaked, at the time a junior member of the right-wing, nationalist Jewish Home party, quickly defended the post and argued that the translation was unfair, though she later removed the post from her Facebook page.

But the damage was already done. The story was soon picked up by American news outlets, and Turkey’s then prime minister, Recep Tayyip Erdogan, even used the incident as an occasion to describe her politics as no different from the Nazi Party. “What is the difference between this mentality and Hitler’s?” he said.

The episode didn’t end Shaked’s political career. Instead, it immediately raised her public profile — and her popularity among voters who share her skepticism about the intentions of the Palestinians and who fiercely oppose ceding the land necessary to create a Palestinian state.

Her rapid ascent to the highest reaches of the Israeli political system hit a new peak Wednesday, less than a year after that controversy, when the 39-year-old computer engineer and mother of two was given control of Israel’s Justice Ministry. Shaked got the post as part of a desperate last-minute deal that saved Netanyahu from a looming deadline that could have lost him his seat. [Continue reading…]