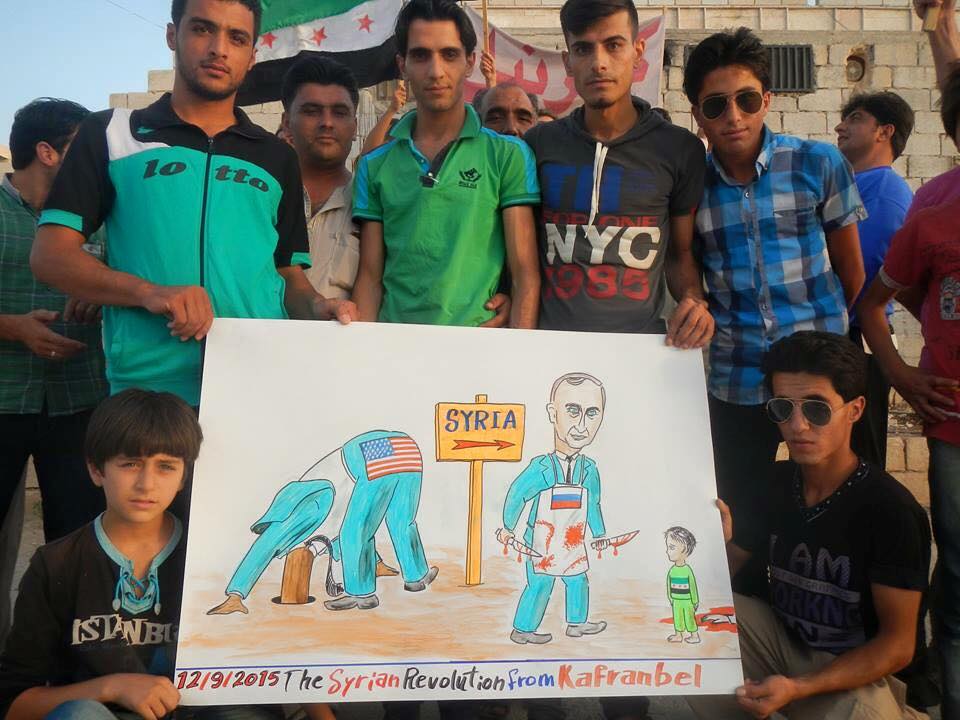 Raed Fares writes: On Jan. 29, 2014, I pulled into my driveway after a typical day of work. But after I got out of my car, a masked gunman jumped from his hiding place and fired bullets into my chest. A second gunman then appeared and fired more shots. As I lay bleeding, I felt death embrace me. I did not call for help, for fear the gunmen would return, but as I bled, I wondered what sort of twisted individuals would need to kill others to prove that they were right. No, I thought, only God has the right to remove me from life — and God ultimately saved me from their treachery.

Those gunmen, I am almost certain, were sent from the so-called Islamic State (which we refer to as Daesh because it is neither Islamic nor a state). I am a media and civil society activist from Kafranbel, Syria, a village that has gained global attention for its witty and sarcastic protest banners. We have fought the regime, we have fought extremism and we have maintained our focus on bringing a civil democracy to Syria. The Assad regime has bombed us nonstop since August 2012, killing more than 500 civilians. The Islamic State also used to attack here, raiding our offices and assaulting our activists, but its attempt to kill me was its last gasp in Kafranbel. The people of Kafranbel rose up and kicked the group out. The Islamic State has no presence here today.