The fact that a new ISIS video threatening New York City uses snippets from commercial videos available on YouTube, does not mean that the threat can be dismissed.

It does, nevertheless, indicate that the imagery in this video should not be taken at face value. This is not footage that was filmed on the ground by would-be attackers.

It’s reasonable to assume that ISIS produced the sections of the video showing a bomb being assembled, but they have then spliced these together with stock footage in a slick piece of editing that creates the appearance of a single production.

In one snippet of the ISIS video, we see a tracking shot showing taxis stopped at an intersection next to a Gap store: 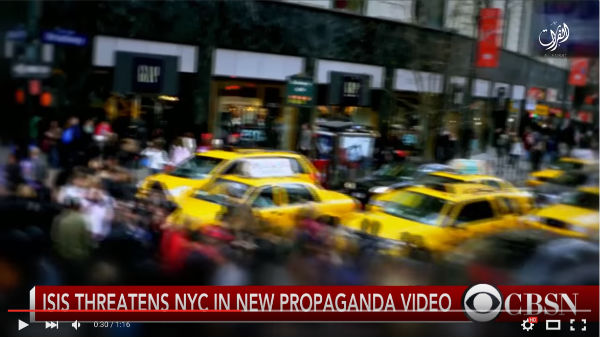 This comes from a video made by StockFootage.com “Fast tracking shot of crowded street in nyc.“: 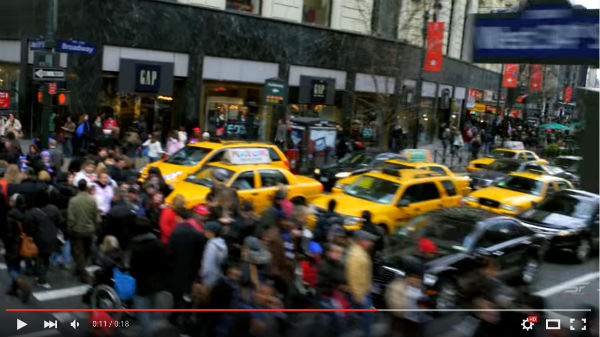 This comes from another StockFootage.com video, “Panning shots of signs in Times Square New York City“: 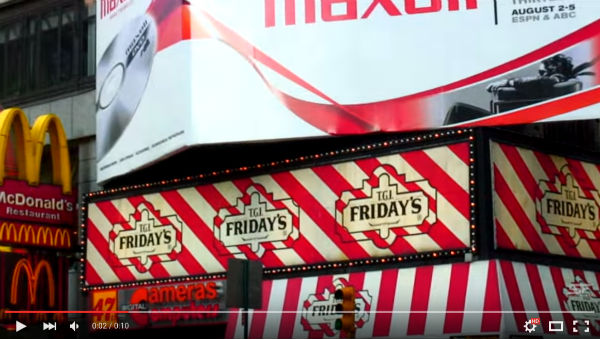