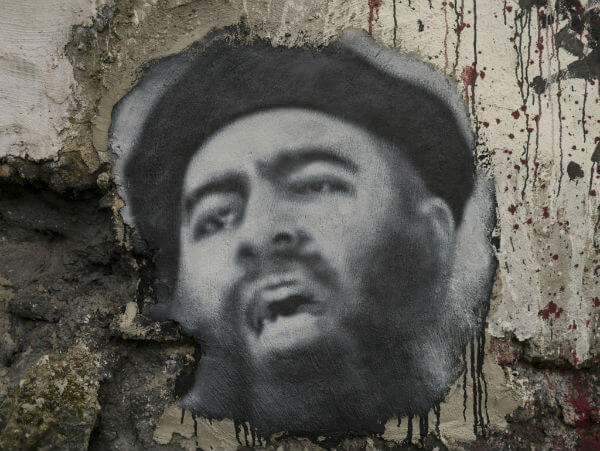 Documents reportedly captured from the Islamic State and circulated by the US government include what appears to be an official fatwa authorising the killing of “apostates” for food or organ transplants.

According to a US government translation, IS’s Research and Fatwa Committee was asked to consider whether it is “permissible to take the captured apostate’s body organs and give them to Muslims who are in need of them”.

The committee’s reply, issued last January as Fatwa Number 68, was as follows:

“Saving a Muslim from death or deterioration is an Islamic legal duty that should be performed with every legitimate way or financial means.

“The jurists of the Shafi’i and Hanbali schools [of Islamic jurisprudence] and others permitted, when necessary, the killing of the infidel combatant or the apostate should one need to consume their flesh for the purpose of saving his own life.

Killing an apostate by removing body parts for use in transplants is “not prohibited”, it said.

The document is reported to be one of many seized by US special forces during a raid in Syria last May which resulted in the death of a senior IS official known as Abu Sayyaf. According to Reuters, the US has since shared some of the documents with its allies in an effort to “shore up support” for countering IS. Reuters’ report continues:

“Iraq’s ambassador to the United Nations, Mohamed Ali Alhakim, told Reuters the documents should be examined by the UN Security Council as evidence that Islamic State could be trafficking in organs to raise cash …

“In February, Alhakim, had urged the UN Security Council to investigate the deaths of 12 doctors in the Islamic State-held city of Mosul. Alhakim said the doctors were killed after refusing to remove organs.”

At the time, the UN promised to investigate further but has so far not produced any report. The apparent leaking of Fatwa 68 may thus be viewed as an attempt to prod the UN into action.

Setting aside the unanswered question of whether IS has actually been taking the body parts of alleged apostates, it’s worth considering how IS arrived at the ruling set out in Fatwa 68.

Although the IS fatwa has not been independently verified, there is no obvious reason to doubt its authenticity. What it says is shocking but its content did not emerge out of a vacuum; its conclusions about the legitimacy of killing apostates for food or body parts are basically an extrapolation drawing on sharia opinions from various non-IS sources.

The circumstances in which human flesh might be legitimately consumed have been debated for centuries – mostly as a theoretical question, though interest was also stimulated by the 1972 Andes plane crash where survivors kept themselves alive by eating the bodies of dead passengers.

A common Islamic view is that human flesh can be eaten only by someone who is in the most dire need, when the alternative to eating it would be death by starvation. This seems to be supported by a verse from the Qur’an which says:

“He hath only forbidden you dead meat [carrion), and blood, and the flesh of swine, and that on which any other name hath been invoked besides that of Allah. But if one is forced by necessity, without wilful disobedience, nor transgressing due limits, then is he guiltless. For Allah is Oft-forgiving Most Merciful.”

This verse is also a famous example of al-daruraat tubih al-mahdhuraat (“necessities overrule prohibition”) – an Islamic principle which has since been applied to the question of organ transplants. Thus, although the human body is normally considered inviolable, the rule can be over-ridden in order to save someone else’s life. As a result, many (but not all) prominent Islamic scholars and organisations regard organ transplants as permitted by their religion. A collection of scholarly views in the subject can be found here.

Within the general debate about Islam and organ transplants there has also been a secondary debate about using the body parts of people who have been sentenced to death. In 2009 controversy broke out in Egypt when Mohamed Tantawi, the Sheikh of al-Azhar, suggested the organs of executed criminals could be removed and used for transplants without their consent.

Although Tantawi was talking specifically about those convicted of murder, it’s easy to see how IS might apply the same principle to apostates since, in the eyes of IS, Muslims who leave their faith deserve to be executed. (Fatwa 68 doesn’t define “apostate”, though it is a term IS generally applies to any Muslims it happens to disagree with.)

Unlike IS, mainstream Islamic scholars rarely make any distinction between Muslims and non-Muslims when discussing organ transplants and the eating of human flesh, and some explicitly state that no distinction should be made.

However, in the Hanbali school of jurisprudence (from which many Wahhabi/Salafi ideas are derived), the bodies of Muslims are sacred and may never be eaten but the other side of that is that eating the bodies of “belligerents and apostates” is permitted after killing them because they are regarded as “beasts of prey” and are therefore not sacred.

This view is cited in a lengthy fatwa about transplants and the body parts of murderers posted on a Saudi website in 2012, and it is also the view adopted by IS in Fatwa 68.

The most worrying aspect of Fatwa 68 is that its conclusions will not seem illogical to anyone who accepts the underlying premise that apostates have no rights and deserve to be killed. IS supporters are by no means the only ones to view apostasy in that way; many ordinary Muslims do so too, as well the governments of several Muslim countries.

Without a concerted effort to promote freedom of thought and belief we can expect to see more abhorrent rulings along the lines of Fatwa 68.

This work is licensed under a Creative Commons Attribution-NonCommercial 4.0 International Licence.