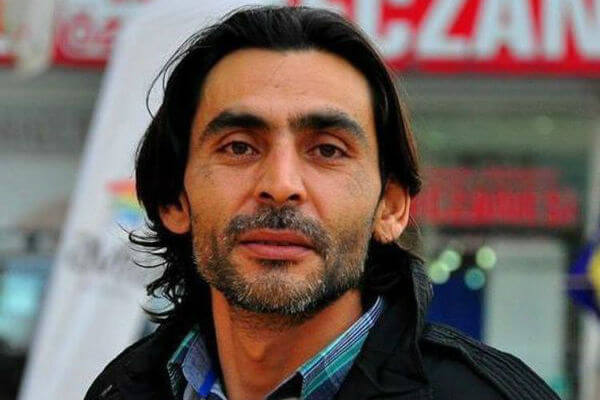 Borzou Daragahi reports: If all had gone according to plan, Syrian filmmaker and activist Naji al-Jerf, his wife, and their two daughters would be in the relative safety of France right now, 2,000 miles from Turkey’s troubled southeast.

But on Sunday, the violence increasingly spilling over from Syria into Turkey caught up with Jerf when he was gunned down in broad daylight by a masked assassin. He was 37.

Amid wailing and stunned friends and colleagues, he was buried in a hilltop cemetery plot Monday afternoon. “Congratulations, congratulations!” his anguished wife, Bushra Kashmar, cried as she gripped his coffin. “Now you will have the freedom that you wanted,” she said, wrapped in the flag of Syria’s revolution. “Now you will have the peace that you wanted.”

A foe of both ISIS and the Syrian regime, the independent filmmaker and native of Salamia, a town near the city of Hama, was among the peaceful democracy activists who spearheaded the 2011 uprising against Bashar al-Assad. They are now being subsumed by the ensuing violence and sidelined by a war that has become a regional conflagration with no end in sight. [Continue reading…]