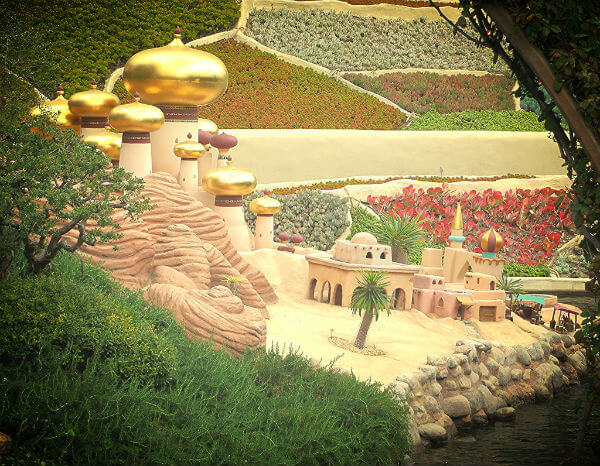 Americans are famously ignorant about global geography. While many are apologetic about this deficit, it often gets waved off as a cultural gap that doesn’t really need filling — a bit like learning the metric system: useful in theory but something that most people are quite content to live without.

One of the latest widely cited examples speaks to the fact when it comes to acquiring knowledge about the world, the tutor that too many Americans rely on is Hollywood.

An editorial in Abu Dhabi’s The National (the English-language newspaper from the Gulf that mustn’t be called Persian) says:

A week of international ridicule over a poll that found about 30 per cent of Republican voters supported military aggression against the fictional Arab city of Agrabah has not sent the story away on a magic carpet. In a new poll conducted by WPA research, 44 per cent of Democratic voters questioned would support the United States taking in refugees from Agrabah, a made-up location from Disney’s Aladdin. Roughly 28 per cent said they were indifferent.

The latest poll sheds additional light on the mainstream American sentiment about the Middle East. It is clear that ignorance about the geography and people of the region extends across party lines.

It doesn’t just cut across party lines; it also unites some experts with those who naively view them as being reliably informed.

For instance, in an article on Clausewitz and ISIS that I posted here recently, David Johnson, a senior political scientist at the RAND Corporation, was quoted, saying:

If you go to Istanbul and look south the Caliphate is right there. You can point to it. It’s a state that views us as an enemy. What’s the mystery?

Before joining RAND, Johnson had a 24-year U.S. Army career “in a variety of command and staff assignments in the United States, Korea, and Europe,” so maybe he never went to Istanbul. If he had, he should have known that if you look south you will see the Sea of Marmara and beyond that, the southern half of the Marmara region of Turkey.

The territory under ISIS’s control is nowhere near in sight, being hundreds of miles off to the east-southeast, beyond Turkey’s borders in Syria and Iraq.

Call this an instance of matter-of-fact ignorance — which might be seen as an American specialty.

Ignorance is not a crime. Indeed, nothing is more important than recognizing the limits of ones knowledge if that knowledge is to be advanced. The worst mistake, however, is to imagine one knows (or be willing to pretend one knows) what one does not.

That is what leads to ill-conceived pronouncements on the fate of Agrabah and its imaginary residents.

Just imagine how much less raucous the internet would be (or how many more don’t knows pollsters would count) if everyone applied a bit more caution and discipline in differentiating between the known and the unknown, distinguishing between fact and opinion, and in acknowledging that what they may have chosen to repeat is merely hearsay.

2 thoughts on “Americans living in a fantasy world”