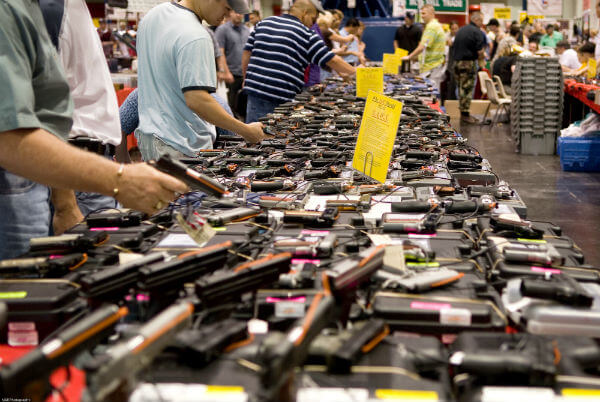 Quartz reports: Another gun control measure, another rally for gun stocks.
As US president Barack Obama spoke about his proposal to further regulate firearms, shares of Smith & Wesson climbed more than 10% in midday trading today (Jan. 5), while Sturm, Ruger & Co. moved up 7%. 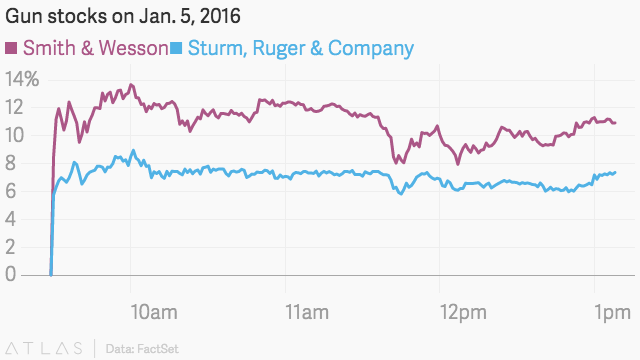 Although most Americans don’t own guns and want more gun control, a minority who do own guns end up buying more of them when they feel that stricter regulation — or even just the threat of it — is coming down the pike. And that’s what is set to happen now that Obama, after being repeatedly frustrated by Congress, has chosen to pursue the issue unilaterally with executive action that would: [Continue reading…]