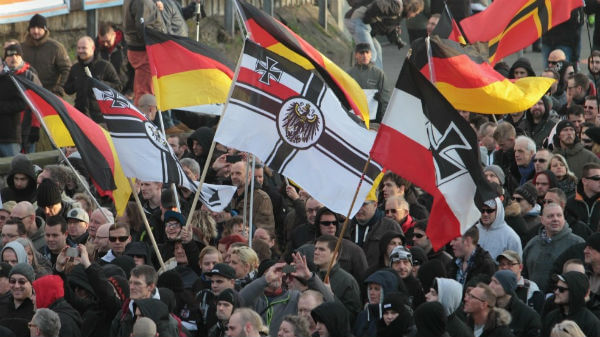 Silke Stöckle and Marion Wegscheider, whose original article in German appeared in marx21, write: The NYE festivities in Cologne, Hamburg and other cities witnessed a high number of sexual attacks on women, and in at least one case, a rape. It is disturbing that this could happen, and outrageous that the authorities in the first instance failed to take victims’ reports seriously.

Sexual violence against women in Germany is in general a large and indeed a long-existing problem: women are commonly and frequently sexually harassed at large festivals, at the Oktoberfest in Munich or during the Carnival in Cologne and other cities. According to a new study commissioned by the Federal Ministry of Family Affairs, one in seven women in Germany experiences sexual violence. One in four women – irrespective of education level or socio-economic status – is exposed to domestic violence. The perpetrators are almost always men, among whom no significant distinction according to religion, background, educational level or social status exists.

In other words, every day there are more than enough reasons for a society-wide outcry over sexism and sexualised violence in Germany. Both phenomena are closely connected to the dominant image of women. Accordingly, sexual assaults on women are all too often not taken seriously, and are at first marginalised – as in Cologne, where victims have had the pleasure of being schooled by local politicians about “rules of behaviour for mass gatherings”, as though the victims, in the face of their determined assaulters, had the possibility to negotiate their way out of harm.

Women are continually portrayed as sexual objects in films, advertising and mass media. But more than this, women’s oppression is structurally anchored in our society, evidenced by differences in pay, employment opportunities or dominant role models. There is no equality here, despite frequent public proclamations to the contrary.

Rather than connecting the events in Cologne and Hamburg to the everyday sexist violence faced by women in Germany, politicians and the media establishment have, from the moment the events occurred, focused above all on the background of the alleged perpetrators, and on questions of public security. Where sexual molestation is acknowledged as a structural manifestation at all, it is only ever in relation to the “culture” in the supposed countries of origin of the perpetrators. In this way, the debate about the attacks has been instrumentalised from the get-go and, in line with a classic racist line of argument, Muslims or refugees have been stereotyped en masse. [Continue reading…]

Deutsche Welle reports: A few kilometers away [from the main station in Cologne], in the “Multi Kulti” center in the neighborhood of Mülheim, several women have gathered in an attempt to work out what measures should be taken to make the streets of Cologne safe again.

“No one is talking about the fact that this is happening to women every day,” Tanja, an activist and one of the initiators of the event told DW.

“People are insisting on making this a political story, trying to shift the focus on pro- or anti-refugees. But in fact, no one is listening to what we have to say – the women who have been suffering from this violence in the streets on a daily basis long before refugees even came here,” she says.

The violence on New Year’s Eve was not different from that during any other big-scale celebration in the city, according to Tanja. “Because refugees are now a burning topic, the media all of a sudden report about these events, but what nobody wants to admit is that these things happen all the time. I’m sorry to break this to you, but German-born men also harass and rape.” [Continue reading…]