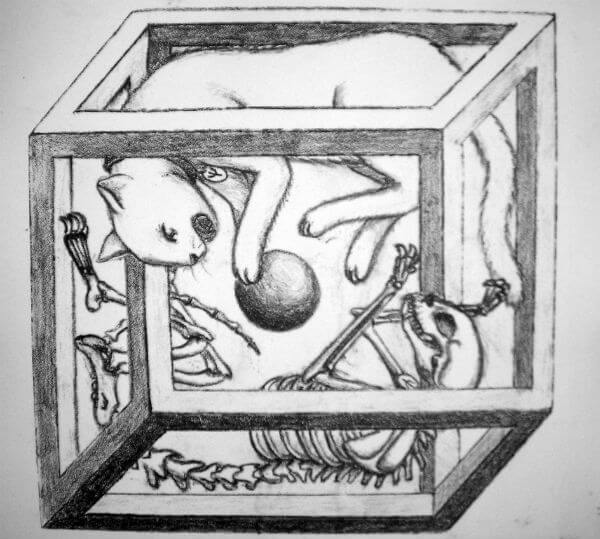 Margaret Wertheim writes: Theoretical physics is beset by a paradox that remains as mysterious today as it was a century ago: at the subatomic level things are simultaneously particles and waves. Like the duck-rabbit illusion first described in 1899 by the Polish-born American psychologist Joseph Jastrow, subatomic reality appears to us as two different categories of being.

But there is another paradox in play. Physics itself is riven by the competing frameworks of quantum theory and general relativity, whose differing descriptions of our world eerily mirror the wave-particle tension. When it comes to the very big and the extremely small, physical reality appears to be not one thing, but two. Where quantum theory describes the subatomic realm as a domain of individual quanta, all jitterbug and jumps, general relativity depicts happenings on the cosmological scale as a stately waltz of smooth flowing space-time. General relativity is like Strauss — deep, dignified and graceful. Quantum theory, like jazz, is disconnected, syncopated, and dazzlingly modern.

Physicists are deeply aware of the schizophrenic nature of their science and long to find a synthesis, or unification. Such is the goal of a so-called ‘theory of everything’. However, to non-physicists, these competing lines of thought, and the paradoxes they entrain, can seem not just bewildering but absurd. In my experience as a science writer, no other scientific discipline elicits such contradictory responses. [Continue reading…]