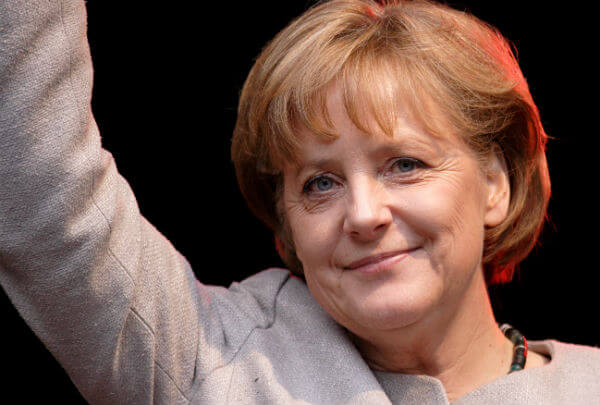 Der Spiegel reports: On a Sunday evening in early January, Angela Merkel went to a piano concert by Antonio Acunto in the Konzerthaus on Berlin’s beautiful Gendarmenmarkt. The program included works from Chopin, Rachmaninoff and Schumann, but the chancellor didn’t just come for the music. It was also for a good cause and to show support. The concert was a benefit for the refugees. Her refugees.

Shortly before the concert began, Merkel saw an old acquaintance: Reverend Rainer Eppelmann. In 1990, Eppelmann was head of the Democratic Awakening, a party formed in East Germany soon after the fall of the Berlin Wall, and Merkel was its spokesperson. The party was ultimately folded into the Christian Democratic Union, of which Merkel is now the head.

At the concert, Eppelmann told Merkel how courageous and wonderful he thought her refugee policies were. Given the situation in which Merkel is now in, Eppelmann said, he finds himself thinking often about his favorite quote from the former Czech president and writer Vaclav Havel. “Hope is not the conviction that something will turn out well, but the certainty that something makes sense, regardless of how it turns out.”

The concert began and Merkel listened to a melancholic Chopin ballad in G-minor. When the intermission arrived, she jumped up from her chair and walked directly over to Eppelmann. She asked: “How did that quote about hope go again?”

It is completely unclear how the experiment will end that the German chancellor has forced upon the European Continent, upon her fellow citizens and, not least, upon her party. Her decision late last summer to open the German border to refugees transformed Merkel into a historic figure. It was the most consequential decision of her entire decade in office. [Continue reading…]