In this post, I’ll dive deeper into this rapidly-approaching role reversal for coal and renewables. In Part Two, I’ll explain why the so-called “intermittency” problem for some renewables is basically solved and thus not a barrier to this reversal.

In releasing its World Energy Outlook 2015 last fall, the IEA published this chart of projected electricity generation in 2040: [Continue reading…] 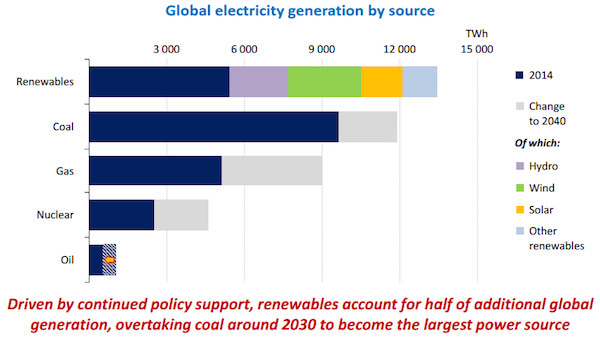