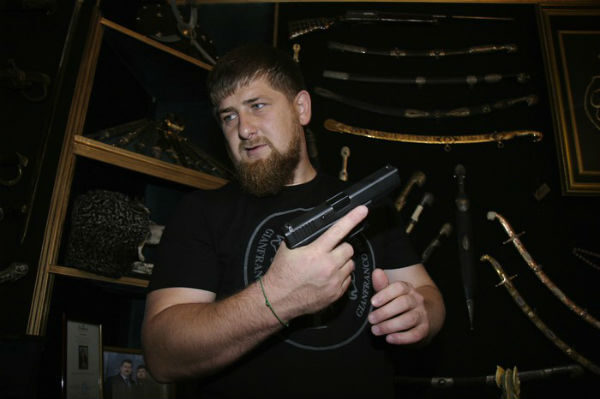 The Associated Press reports: The Kremlin-backed strongman of Chechnya has issued a stream of threats against Russia’s liberal opposition, but his primary audience appears to be the Russian president himself.

With Ramzan Kadyrov’s five-year stint as regional leader about to expire, he is trying to parlay his strong personal ties with President Vladimir Putin to extend his hold on power. The Russian president must now decide whether to keep him in place or yield to rising pressure from law-enforcement agencies to get rid of the wayward strongman, who has ruled Chechnya like his personal fiefdom.

Putin has seen the burly, red-haired 39-year-old former rebel as essential to keeping Chechnya stable after two separatist wars, and has given him privileges no one else in Russia’s tightly controlled political system has seen. If he backs Kadyrov for another term, the Chechen leader is certain to easily win the popular vote set for September.

Kadyrov has converted his personal relationship with Putin into a steady flow of federal subsidies and immunity from federal controls. Even Russia’s all-powerful security agencies have been forced to bow to Kadyrov’s diktat, maintaining a symbolic presence in Chechnya but depending entirely on his will.

Kadyrov’s unprecedented clout has worried many in Russia, who see it as a dangerous erosion of federal authority and a looming threat to the country’s integrity. The Chechen leader’s defiant posture also has won him numerous enemies among the leaders of law-enforcement agencies, but they have had to bite their tongues. [Continue reading…]