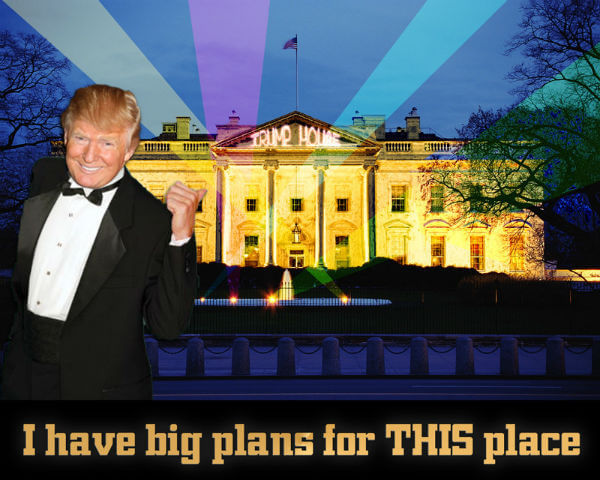 Michael Crowley writes: In January 1992, a Japanese one-time billionaire named Akio Kashiwagi was found dead in his palatial home near Mt. Fuji. The scene was gruesome. The house’s white paper screens were spattered with blood. The 54-year-old had been stabbed as many as 150 times. By some reports the weapon of choice was a samurai-style sword.

The crime was never solved, though it bore the hallmarks of a killing by Japan’s criminal yakuza. Ostensibly a real estate investor, Kashiwagi was a mysterious figure reputed to have underworld connections. He was also one of the world’s top five gamblers, a “whale” in casino parlance, willing to wager $10 million in a single gaming bender.

And that is how he crossed paths with Donald J. Trump, then a budding Atlantic City casino mogul. In 1990 the two men had an epic and remarkably personal showdown in which millions of dollars changed hands in a matter of days, before it all ended in a flurry of recriminations. One of the Japanese mogul’s last statements to the U.S. media, through an aide, involved his plans to burn a copy of Trump’s book, The Art of the Deal.

After his murder, the New York Times reported that he owed at least $9 million to casinos in Atlantic City and Las Vegas. One unnamed casino Atlantic City executive told the paper that Kashiwagi had owed the Trump Plaza Hotel and Casino $4 million.

Trump is obsessed with winning, a topic he usually brings up in the context of his merciless deal-making style. But a crucial question about any would-be president who may be confronted with questions of war and peace is his attitude toward risk. Some presidents — Barack Obama comes to mind — are highly averse to it. Others roll the dice, as George W. Bush did when he invaded Iraq.

The story of Akio Kashiwagi, drawn from Trump’s memoirs and news accounts from the day, offers a revealing window into Trump’s instincts. It shows that Trump isn’t just a one-time casino owner — he’s also a gambler, prone to impulsive, even reckless action. In The Art of the Comeback, published in 1997, Trump explains that until he met Kashiwagi, he saw himself as an investor who dealt only in facts and reason. But his duel with the great whale in action made him realize “that I had become a gambler, something I never thought I was.”

Perhaps just as important, when gambling failed him, Trump didn’t quit: He doubled down. But he did it shrewdly, summoning a RAND Corporation mathematician to devise a plan that would maximize his chance of fleecing his Japanese guest.

And it worked. Kind of. In Trump’s recollection, which he shared for this story, his showdown with Kashiwagi was another one of his many great wins. Just don’t look too hard at the ledger. [Continue reading…]